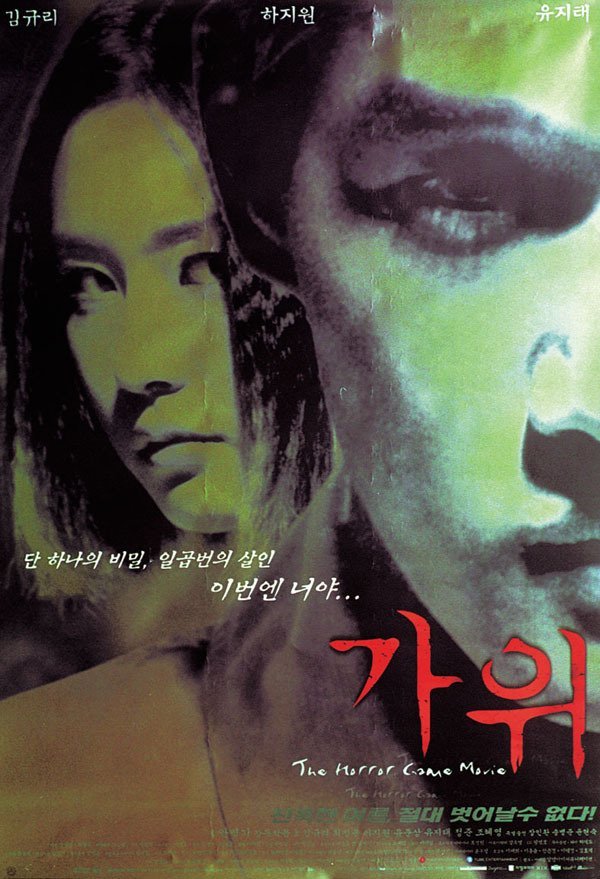 A Few Good Men is a circle of college friends, all admired for their beauty and ambitions. It consists of the intelligent Hye-jin, self-confident Sunae, law student Jung-wook, campus beauty queen Mi-ryung, wannabe film director Se-hoon and sports jock Hyun-joon. One day Hye-jin introduces a new member, attractive first year student Eun-ju, with whom Hyun-joon falls in love. This breaks the heart of Sun-ae, who was secretly in love with Hyun-joon. Then suddenly, a shocking, traumatic event separates the seven members of the club. Two years later. Hye-jin is preparing for graduate school when she receives a visit from Sun-ae, who had left for the U.S.A. She seems to be terrified, murmuring that everyone’s going to die. No one takes her serious, until Se-hoon is found dead with his eyes pulled out. And when Mi-ryung, now a movie star, is stabbed in the shower, it becomes clear that they are all in mortal danger. Horror movies are mostly filled with blood splattered bodies, mutilated by every imaginable weapon on the planet. But fear doesn’t always come from bleeding corpses. What scares audiences the most ? The Korean horror movie Nightmare might give the answer. You won’t find murders taking place in lonely places, such as an isolated mansion, a dark alleyway or an empty classroom. Here the horror occurs in the open. People are murdered in broad daylight and in public spaces. Nobody can hide. And nobody will escape !