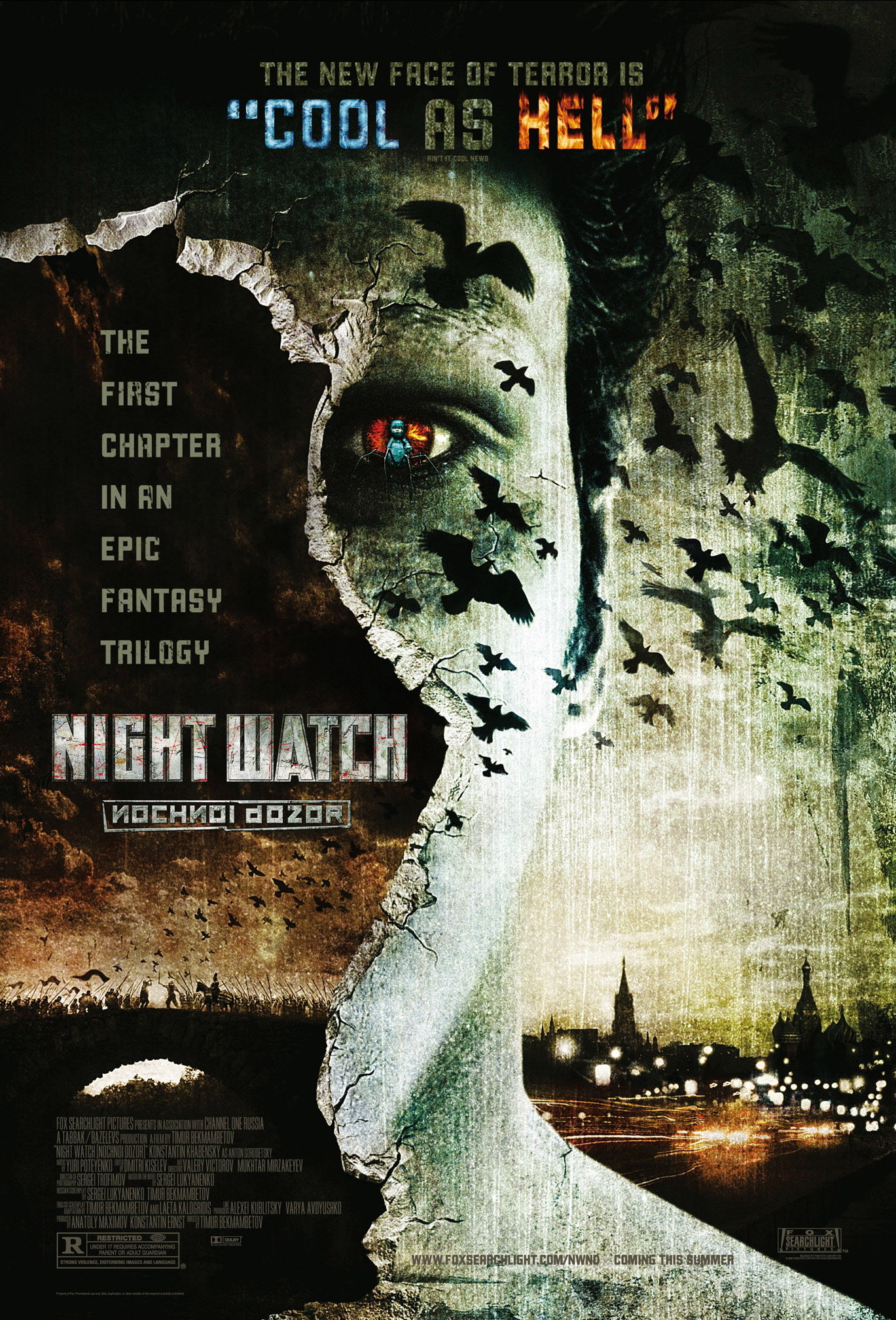 When night falls, the domain of evil knows no bounds. Dark wizards, vampires and other monsters come alive. Their strength is great. Ordinary weapons are insufficient in the struggle against them. Yet there are individuals who pursue these nocturnal hunters, who battle and overcome nightfall‘s progeny. They do so in strict observance of the Treaty signed centuries ago by the forces of Light and Dark. They are called the Nightwatch. Present-day Moscow. Anton belongs to the Night Watch. He hunts down vampires that have broken the treaty. Anton discovers that a feared, ancient prophecy is about to come true. A powerful “Other” will rise up and tip the balance, plunging the world into a renewed war between the dark and light. Nightwatch could be called Russia’s first blockbuster, rivaling Hollywood in budget, visual wizardry and epic scope. It’s the first installment of a trilogy based on the best-selling sci-fi novels of Sergei Lukyanenko, entitled Night Watch, Day Watch and Dusk Watch. You certainly won’t be disappointed. Director Timur Bekmambetov has made a wonderfully atmospheric, gripping and engaging movie that moves along at breakneck speed, sweeping everything along that comes in its path. With a scheduled American remake and Day Watch and Dusk Watch in production, it seems like we have another powerful fantasy trilogy in the making.