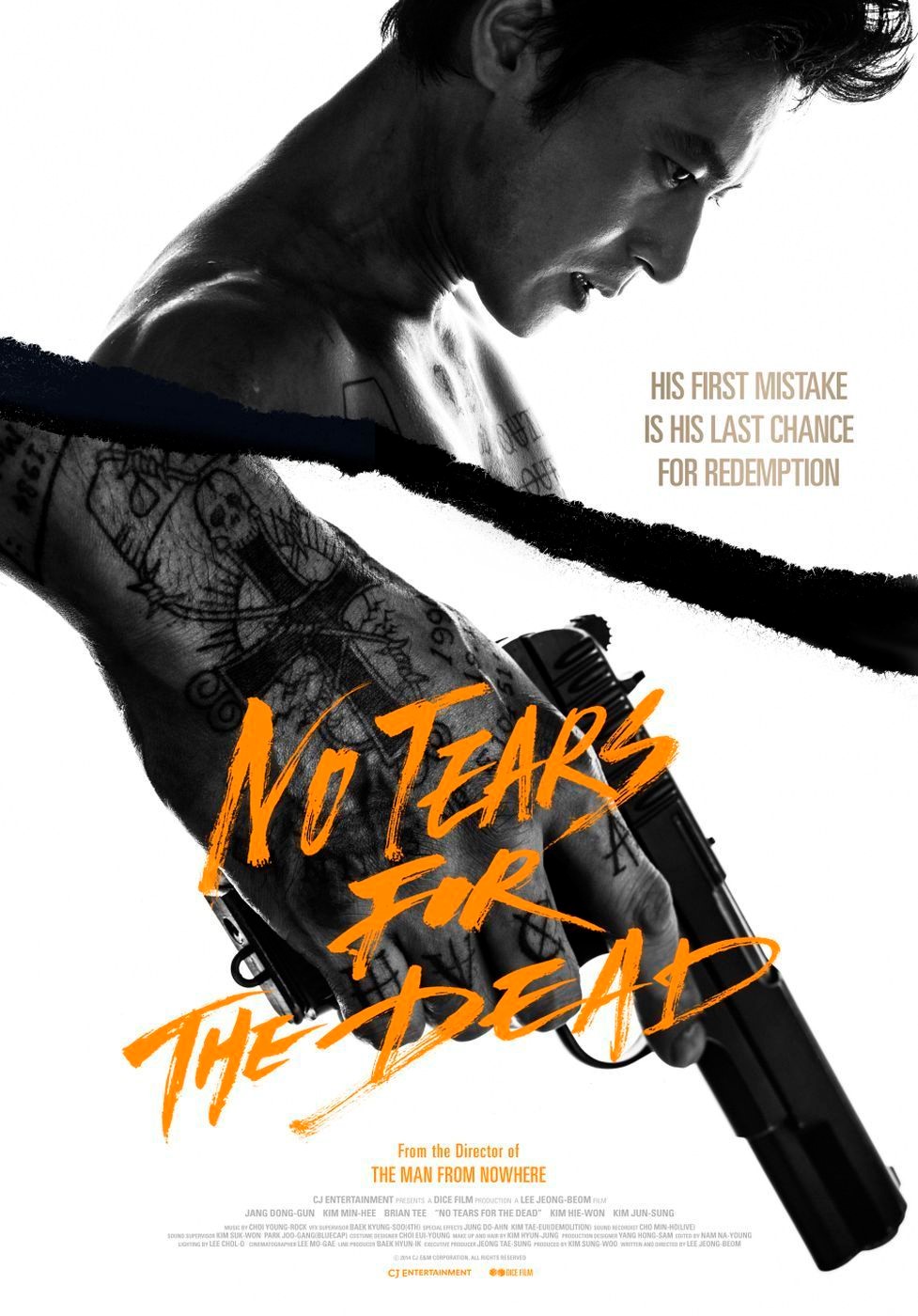 NO TEARS FOR THE DEAD

Gon is longing for the end of his career. Not that he’s cleaning windows or checking accounts. Gon’s a hitman for the Korean mob in LA. But his missions are taking their toll, especially after his latest, seemingly easy assignment. He just had to pick up a usb stick, but that resulted in half a dozen corpses, among whom a 6-year old girl. He’s now trying to get out, but his bosses will not let him go before he carries out one final mission: travel to Korea and kill the mother of the girl. She might have a copy of the stick which could spell trouble for some very rich and very corrupt people. Gon can no longer take it. He starts to protect the mother, killing everyone who is send against him.

Asian action cinema is booming. Director Jeong-beom Lee already proved he had a knack for adrenaline inducing thrillers with The Man From Nowhere (2010). No Tears For The Dead guarantees brutal action, intrigue, tension and gripping drama. For fans of The Raid and Die Hard.