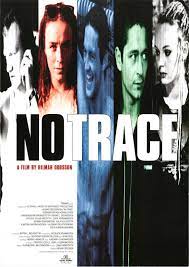 This is the story of five friends who live in Reykjavik, Iceland. One Friday night, Gulli, a swimming champion, Ella, his girlfriend, Beggi, a sewage expert, Disa, a single mother-speed addict and Oli, an ex-convict, decide to throw a really wild party. But the celebration goes too far. Next morning, Gulli wakes up besides the naked dead body of an young woman. He and his friends can neither recognise the woman nor remember what happened. This is the beginning of a fast and ominous chain of events, which nobody could have anticipated and none of them were prepared for. Questions arise, and nobody seems to have the answers. Where did the woman come from ? Who is responsible for her death ? Who took the photos ? Can you really trust your best friend… or your sweetheart ?
It can be called nothing but remarkable that a tiny island nation like Iceland with its 270.000 souls manages to have a small but thriving film industry. Maybe it’s the bubbling volcanic soil with its many active geysers and the empty, barren landscape that tickles the cinematic imagination of the Icelanders. Take No Trace for instance, a tense thriller by Hilmar Oddsson set in Reykjavik, the only real city on the island. Oddsson, who comes from a theatrical family, studied film in Münich, Germany. There he made shorts like In the Shadow of Scartaris, about the mysteries of the Snaefellsjökull glacier where Jules Verne had set his classic journey to the Centre of the Earth. After graduating, he completed his first long feature in 1986. The Beast, a psychological thriller about the fate of two young people in a remote and bleak landscape, was well received by the public and critics. His acclaimed second film Tears of Stone (1995), based on the life of the Icelandic composer Jon Leifs, was a hit on the international festival circuit and captured several prizes. With No Trace, you can now also sample a piece of this gifted Icelandic director.