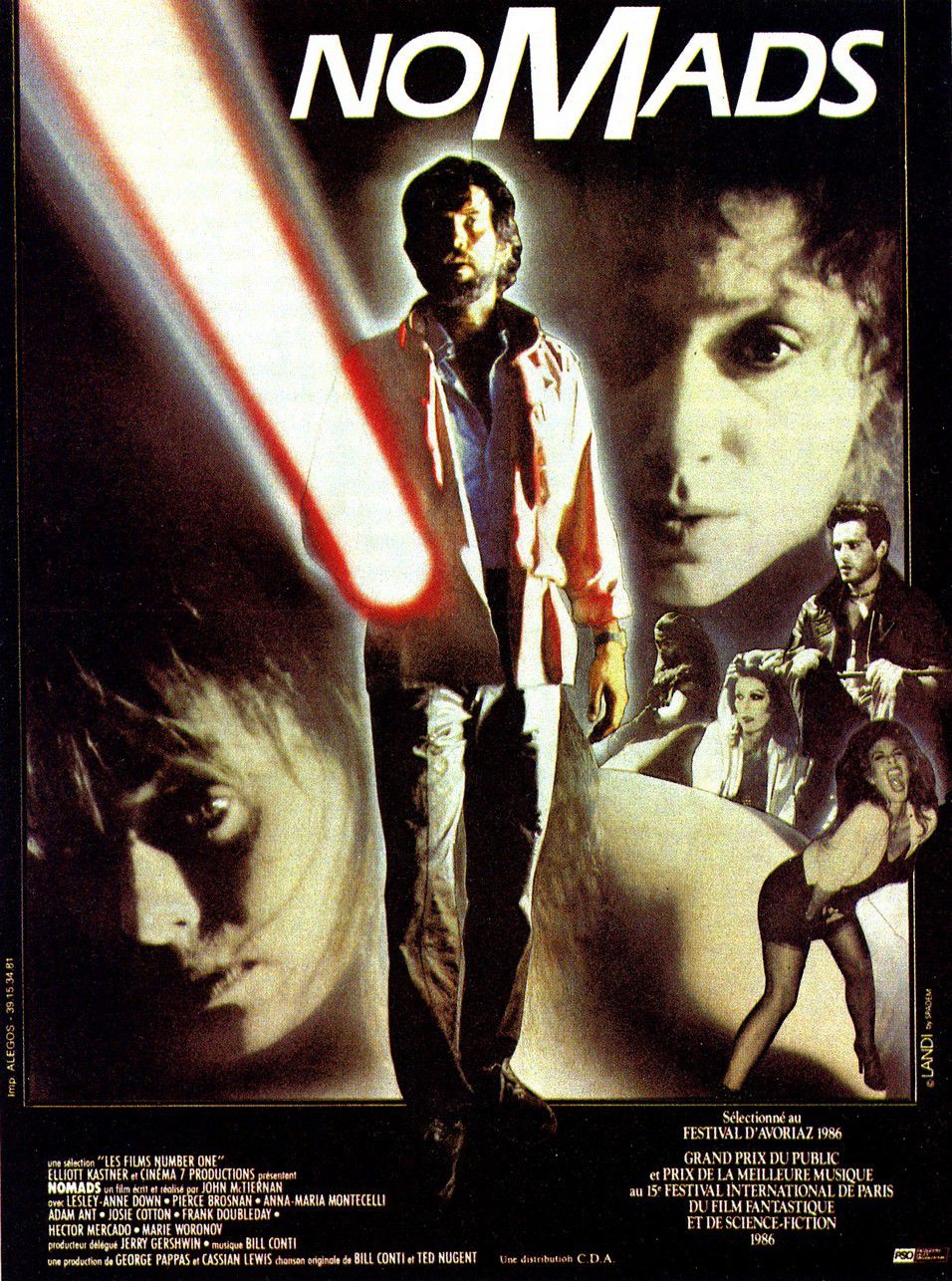 Covered in blood and with a look that reveals rage, a man stumbles into a hospital to die in the arms of doctor Eileen Flax. An insignificant original fact. It only becomes mysterious when Eileen is tormented with hallucinations in which she is silently and hostile approached by a gang of Teddy Boys who seem to want to hurt her…
Nomads turned out to be a ticking bomb on the preceding film market. When it finally exploded, the name of the director, John Mc Tierman was all everyone could talk about. Nomads is an authors film in the most literal sense of the word, it is about the promising debut of a director who could become the John Carpenter of the eighties. He strips his film from every reference to an existing reality and creates a surreal atmosphere that turns Nomads into a real spine chiller.