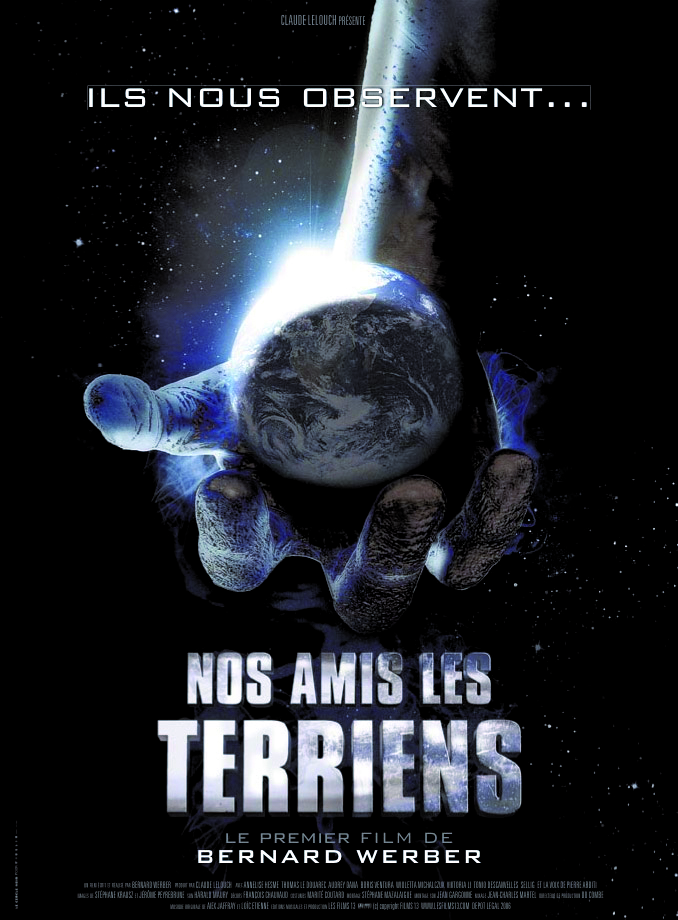 In order to observe human subjects in the wild and under controlled circumstances, aliens pluck two strangers, a man and a woman, from a forest and drop them naked into a cage suspended in darkness. Subject A is Agathe, a painter whose volcanic temper is offset by the brooding of subject B, musician Bernard. The narrator speculates on the uses of everyday objects, including toilets, chickens and felt-tipped pens, and drops them in the cage to see what the humans will do with them. Meanwhile on Earth, the respective spouses of subject A and B, Donatien and Ursuline, meet and soon start an uneasy cohabitation, which is of course observed in all its messy confusion, by the curious aliens. Nos Amis les Terriens is a unique genre-bending exercise that juggles serious sci-fi with observational comedy. The feature film debut of French writer Bernard Werber is presented like a nature documentary, the movie is narrated by veteran actor Pierre Arditi ( Same Old Song, Smoking/No Smoking ) who is attempting to explain humans and what makes us tick to his fellow aliens. Our species is observed from birth to death with hidden cameras and wildly speculative and comic guesses are made about our habits. Nos Amis les Terriens was produced by veteran French director Claude Lelouch and benefits from a lush orchestral score by Alex Jaffray and Loic Etienne. Especially Audrey Dana is outstanding as the almost feral Agathe.