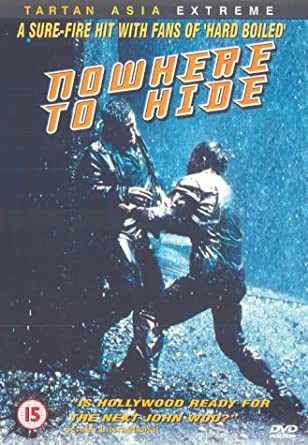 A Korean port city on a rainy day. In broad daylight, a drug lord is viciously stabbed to death by a rival. Detective Woo is the cunning police detective assigned to the case. Addicted to his job and with no personal life, Woo works by instinct and couldn’t care less about police regulations. His partner, the rational and sensitive family man Kim is a perfect counterpoint to Woo’s unconventional behaviour. By following a series of clues, they find the murderer’s girlfriend, Juyon. Woo becomes entangled with her, but she refuses to betray her lover. The killer remains at large, a master of disguise and escape, until the final showdown where only one man will be left standing. Korean filmmaker Myung-se Lee has received widespread critical acclaim for his newest film, Nowhere To Hide. This compelling narrative illustrates the fierce passion with which one single-minded cop pursues a killer. Audiences worldwide will be riveted as this story unfolds through the viscerally engaging use of freeze frames, slow motion, manipulation of colour, animation and a red-hot soundtrack. From beginning to end, this action packed film is an exercise in delirious style, providing an awesome, giddy rush of adrenaline that will leave you reeling in your discovery. As one critic said : “It’s propulsive, relentless energy makes the Lethal Weapon movies seem like a series of still photographs.”