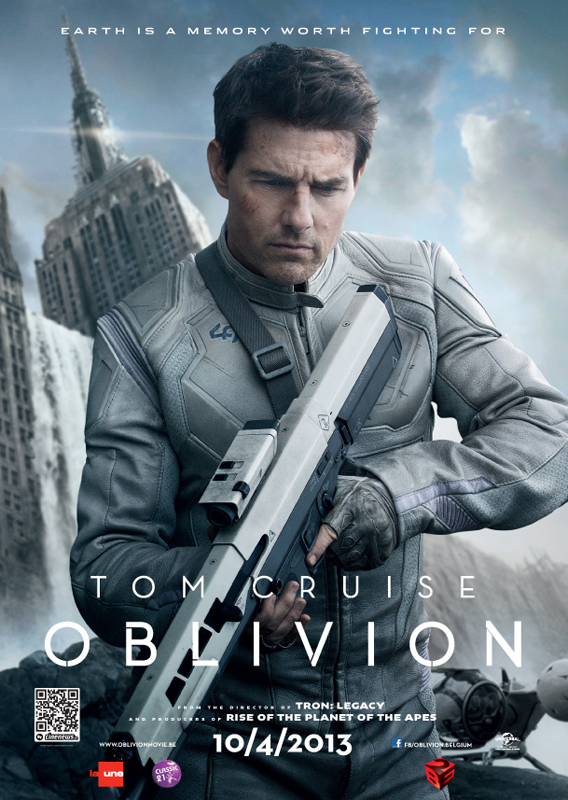 In 2073, the Earth is a barren wasteland, the result of an alien invasion by the mysterious Skavs. Defeating them didn’t only cost humanity blood, sweat and tears; we also lost our planet. We now live in gigantic satellites orbiting the Earth. Jack Harper is one of the last few drone repairmen stationed on our former home. His job is to extract the remaining vital resources and deal with strange mutations that were the result of the invasion. Jack’s mission is nearly complete. On one of his last patrols high in the sky, he notices a crashed spacecraft. When Jack rescues the passenger, a beautiful and mysterious woman, he sets in motion a chain of events that forces him to question everything he’s been told and puts the fate of humanity in his hands. It took lots of patience and perseverance from Joseph Kosinski ( Tron : The Legacy ) to get his dream project off the ground. Once refused by Disney, because it was deemed too violent, Oblivion finally touches down on Earth and on our movie screens. This monumental science fiction dystopia was shot in Ireland, using the same amazing scenery as in Ridley Scott’s Prometheus. The cast is first class, led by Tom Cruise ( Top Gun, Magnolia, Mission Impossible ), Morgan Freeman ( Unforgiven, Se7en, Deep Impact ) and Olga Kurylenko ( who recently ran into the streets of Brussels in The Expatriate ).