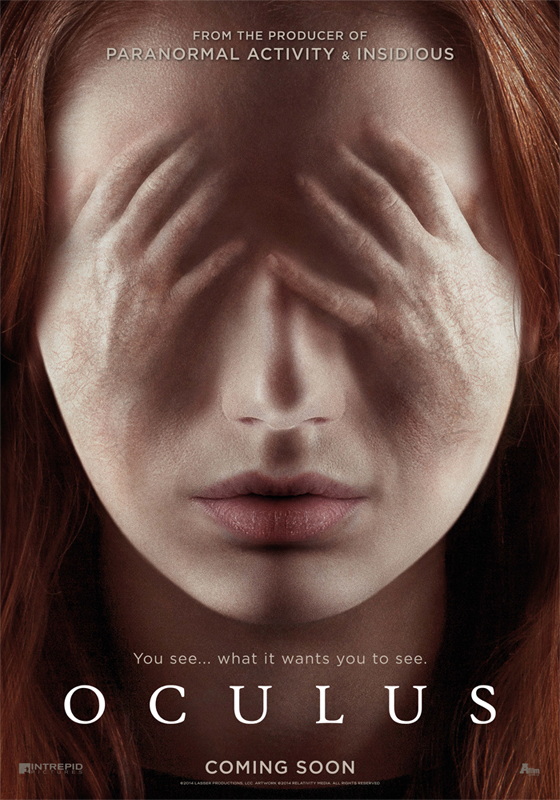 21-year-old Tim is discharged from a mental ward, 11 years after a series of incredibly traumatic events in which he was an active participant. His older sister Kaylie is there to greet him with open arms and with the news that she’s made all the preparations necessary to destroy the object she believes is truly responsible for the events of their childhood: an antique mirror with a storied history. As Kaylie and Tim spar over the nature of the ordeal they endured and its true nature, we flash back to the period preceding the incident, with their parents exhibiting increasingly erratic and abusive behavior. Oculus is a slow burn film with a deliciously creepy mood, yet at the same time it remains exhilarating throughout. This is simply a great film. It’s not often that we can have an inanimate object be the subject of as much dread, and when it’s pulled of as effectively as this, it’s time to celebrate. The taught action, the floating camera work, and the sense of coolness that’s pervasive in the film is intoxicating. Visually, Oculus is extremely strong. Like the mirror itself, the images suck us in. Performance wise, the ensemble is uniformly excellent. Katee Sackhoff (Battlestar Gallactica) and Rory Cochrane (Argo) may have the most recognizable faces as the parents, but the rest of the ensemble are more than up to tell this tale with a great deal of conviction.