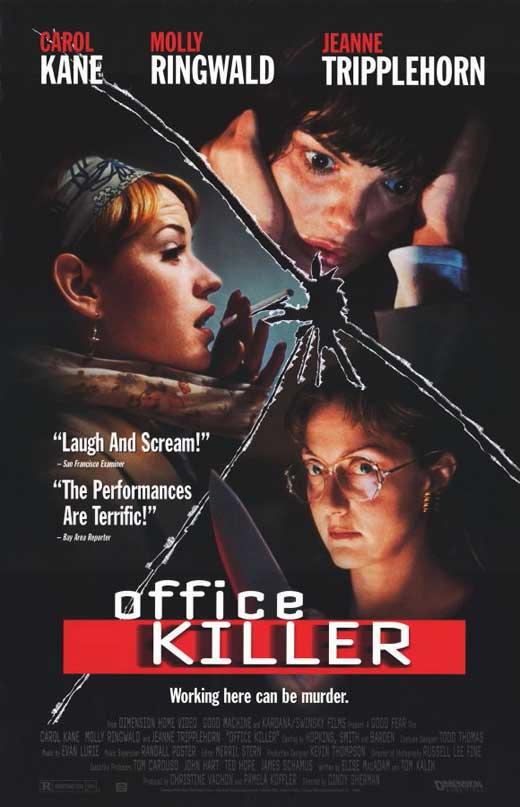 Dorine is a homely, shy copy editor at Constant Consumer Magazine whose world is shattered when her job is cut back and she is forced to work at home by the Machiavellian Editor-in-Chief Virginia. E-mail serves as Dorine’s only link between her house, where she takes care of her sickly mother, and the office, her only connection to the outside world. One night, while struggling with a new computer program, she accidentally kills a co-worker and Dorine is emboldened by the power of murder. She embraces her part-time status and uses her new computer skills to cover the trail of her murders. Fooling everyone, she manages to elicit sympathy from Virginia’s right-hand, Norah, an ambitious climber who takes Dorie under her wing. Kim, an editorial assistant, is the only one who suspects Dorine, after the mysterious disappearance of her boss. But no one can escape the mired world of Dorine’s dilemma as she becomes relentless in her pursuit to “have an office to go to in the morning.”
Cindy Sherman was working as an artist and made nightmarish self-portraits, which reveal a deeply disturbing imagination. She had long been inspired by the films of Dario Argento, the Italian director of gory scream-feasts like Susperia and Inferno. So the notion of working as a director in the horror genre intrigued her. She makes her debut with Office Killer. Carol Kane (Dog Day Afternoon, Annie Hall, Addams Family Values) stars as Dorine, the mousy, meek office worker with a painful past and a stunted present. Barbara Sukowa (The Sicilian, M. Butterfly) stars as Virginia, the menacing, slave-driving editor-in-chief of Constant Consumer.