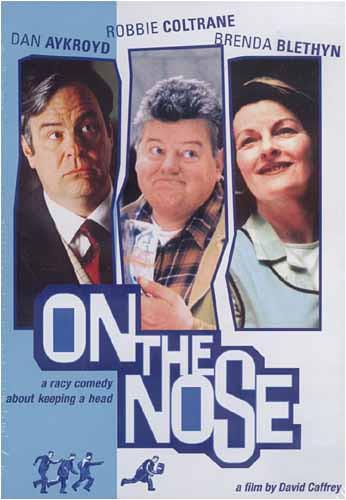 Brendan, a porter at the Dublin Medical College, is plagued with financial strains and a gambler’s sordid past. He has let down his wife and his daughter, who desperately wants to go to university. However, Brendan, never one to crumble or even falter under stress, has a plan. He’s found a “golden goose”, an object with a talent hidden deep within the archives of the college, that may provide the Midas touch Brendan so desperately needs. This source, a severed Aboriginal head in a jar of formaldehyde, has an uncanny knack for picking the winning horse at the local races. Needless to say, Brendan and several others at the college, including the senior anatomist, intend to exploit this “talent” to the fullest and win money to solve all their financial and emotional problems. They are quite literally, betting their futures “On the Nose”. In 1999, David Caffrey delighted us with his feature film debut Divorcing Jack, a hilarious black comedy about the troubles in Northern Ireland. After completing The Aristocrats, an acclaimed mini-series for television, he’s back among us with his second long feature. On The Nose is a rip-roaring tale of how to get a-head in gambling and a confirmation of Caffrey’s talent. Robbie Coltrane (tv’s Cracker, Mona Lisa, The World Is Not Enough) stars as Brendan. Brenda Blethyn (Secret and Lies, Little Voice, Saving Grace) is his long suffering wife and Dan Aykroyd (Blues Brohers, Ghostbusters, House of Mirth) plays the senior anatomist.