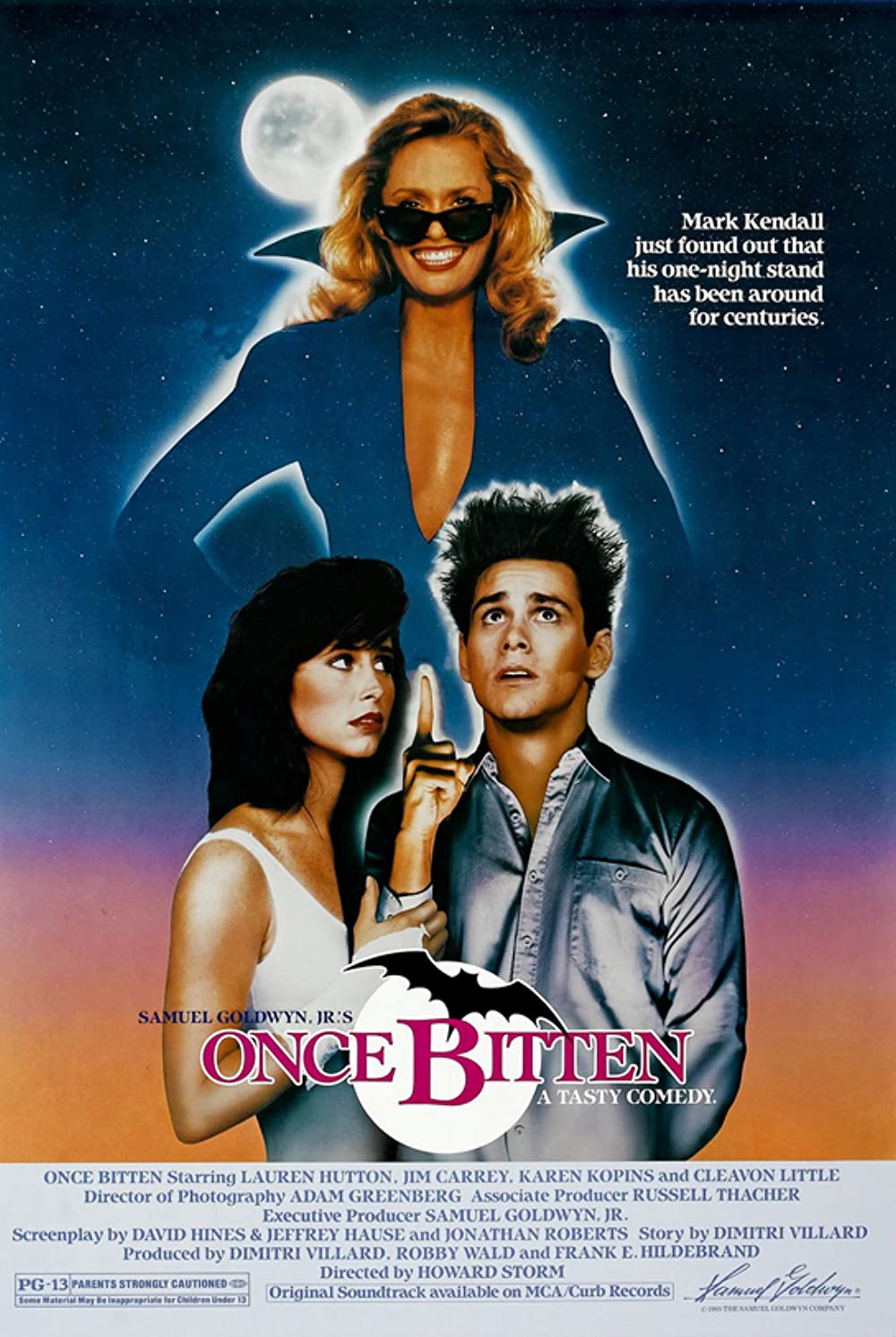 The countess lives in Los Angeles: she is rich, she is pretty… and she does not look like she has been here for 300 or 400 years. She is a gorgeous vampire and, in order to stay forever young, she needs to drink the blood of some pretty boys who, all things considered, are not that rare, but they have to be virgins and, right now, it has become quite difficult to find some of these!
Her beaters have hooked her up with a disarmingly cheesy teenage who will soon behave in a way that his close ones are starting to find increasingly weird.
By directing “Once Bitten”, Howard Storm is starting a fourth career. He is very well known in the USA as an actor, screenwriter and TV director. He even worked with Woody Allen as a screenwriter on “Take the Money and Run” and “Bananas”, and as an actor in “Broadway Danny Rose”. With this hilarious comedy where the actors themselves seem to be having fun, he turns out to be a really skilled director. The lovely Lauren Hutton plays a very “glamorous” vampire—it is her modeling career that pulled her towards an acting career, and the famous “Harper’s Bazaar” magazine has even crowned her the Most Beautiful Woman in the World!
We have seen her as an actress in “American Gigolo”, “All Fired Up” and “A Wedding” by Altman.