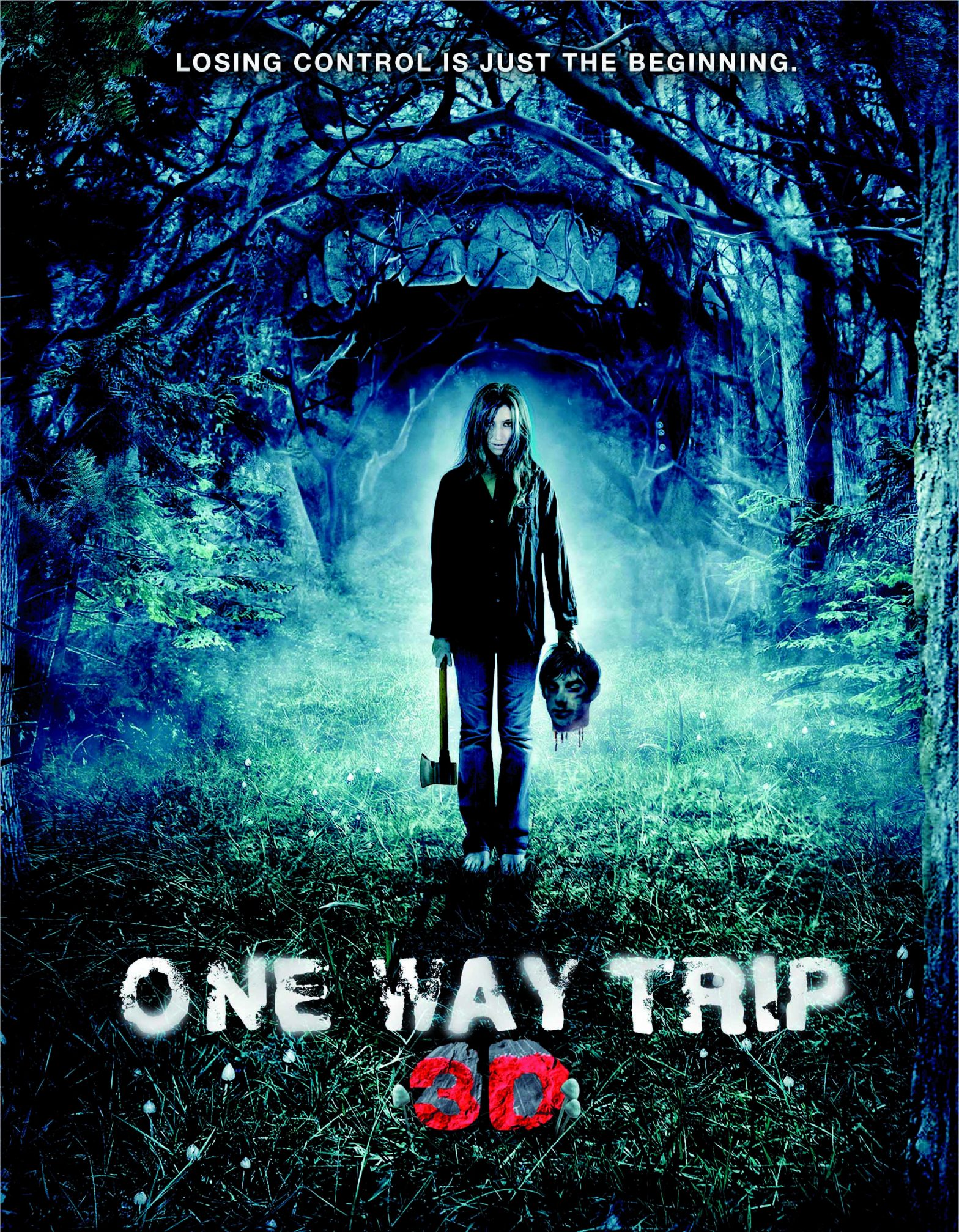 Eight young people are on their way to the Swiss mountains, their car stuffed with food, drink and camping supplies. The reason for their trip: it’s spring, which means “magic mushrooms season”. After a few problems on the road, they reach their base camp, deep in the woods. Tents are erected, mushrooms are plucked and when night falls, one hell of a party gets underway. Everybody’s tripping just fine, until somebody gets up to grab a beer and stumbles black with his face smashed in. The others scramble to get help, but their car has a flat and their cell phones don’t work. Luckily, there’s a farm nearby. And that’s, of course, the one place where they shouldn’t go ! You might think that One Way Trip 3D is just another one of those films about a bunch of young willing victims partying in the woods and falling prey to a bunch of psychopaths with pointy things in their hands. And with 3D you’d be expecting knifes and blood flying out of the screen. But that’s not the case with this Swiss-Austrian slasher fest. Director Markus Welter has managed to avoid the many traps and clichés of the genre, because the trip in the title refers to the psychedelic state of mind of our unfortunate victims and, in stead of knifes, you’ll be seeing heads floating out of the screen !