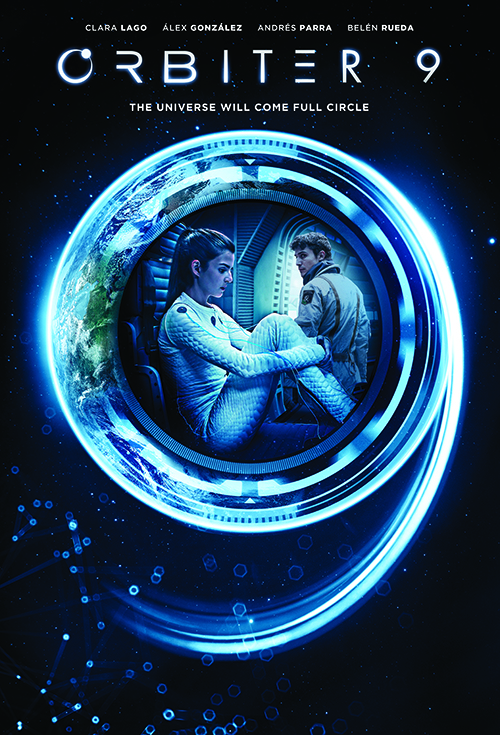 Helena was born in deep space on a colony vessel piloted by her parents. While she was still a kid, an oxygen leak drastically reduced their chances of survival. There wouldn’t be enough air to breathe to get all three of them to their destination. Her parents sacrificed themselves so that Helena would live. They abandoned ship and send the distress signal for a rescue mission. In the years that have since passed, Helena has grown up to become a beautiful young woman, but apart from her mother and father, she has never met any other human being. And now rescue has finally arrived in the person of Alex, an engineer who’ll fix the ship so that it can reach its destination. The repairs will take two days, after which Helena will again be all alone. She manages to get everything she can out of this brief encounter with another person. And then Alex departs and that’s the end of it. Or is it? Orbiter 9 is the feature film debut of Hatem Khraiche, an awardwinning director of short features, such as the Goya nominee Machu Picchu. He masterfully blends the scifi concept with authentic human emotions, weaving the interpersonal stakes of his protagonists with repercussions much larger than themselves. These signature themes and conflicts are brilliantly reflected in Orbiter 9, which will draw audiences deep into its sweeping, romantic and haunting story. Starring Clara Lago (Extinction, At The End of The Tunnel), Alex Gonzalez (X-Men: First Class, Scorpion in Love) and Belen Rueda (The Orphanage, The Sea Inside, Julia’s Eyes).