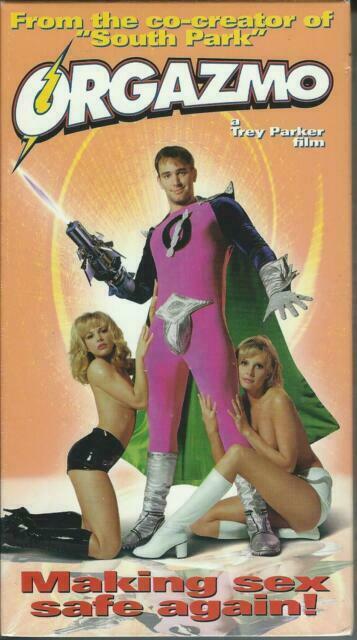 Joe Young, a struggling Mormon actor from Utah, is preaching door-to-door in Los Angeles one day when he stumbles upon the set of Orgazmo, a porno movie directed by the infamous Maxxx Orbison. As soon as they meet, Maxxx immediately pegs Joe as the leading man he’s been looking for. Joe’s religious upbringing makes him hesitant at first, but Maxxx’s insistence and big money offers eventually pay off. On the set, Joe meets Ben, an inventor and scientist who plays his loyal sidekick, Choda-Boy. An MIT graduate, Ben’s fascination with porn is strictly carnal. His fortune was made as an inventor. Orgazmo becomes a huge blockbuster, bringing in millions world-wide. Joe is praised by critics and loved by audiences everywhere. Deemed the crossover hit of the decade, Orgazmo inspires dozens of ripoffs and becomes a cultural phenomenon. Just about this time, Joe finds out that Ben has actually invented a real-life working orgazmerator, a ray gun that stops criminals in their tracks by generating powerful orgasms.
Massively inventive and spiked with perversely wicked humor, Orgazmo is a delightful movie that showcases the multiple talents of Trey Parker, the writer-director-star. It doesn’t take a movie connoisseur to perceive that Orgazmo’s basic premise is influenced by the Rocky Horror Show. But Parker is shrewd enough to realize that his deliciously nasty humor should flow as directly as possible from the straight-faced acting of his characters: the good, the bad, the ugly and the eccentric (and there are plenty of each type).