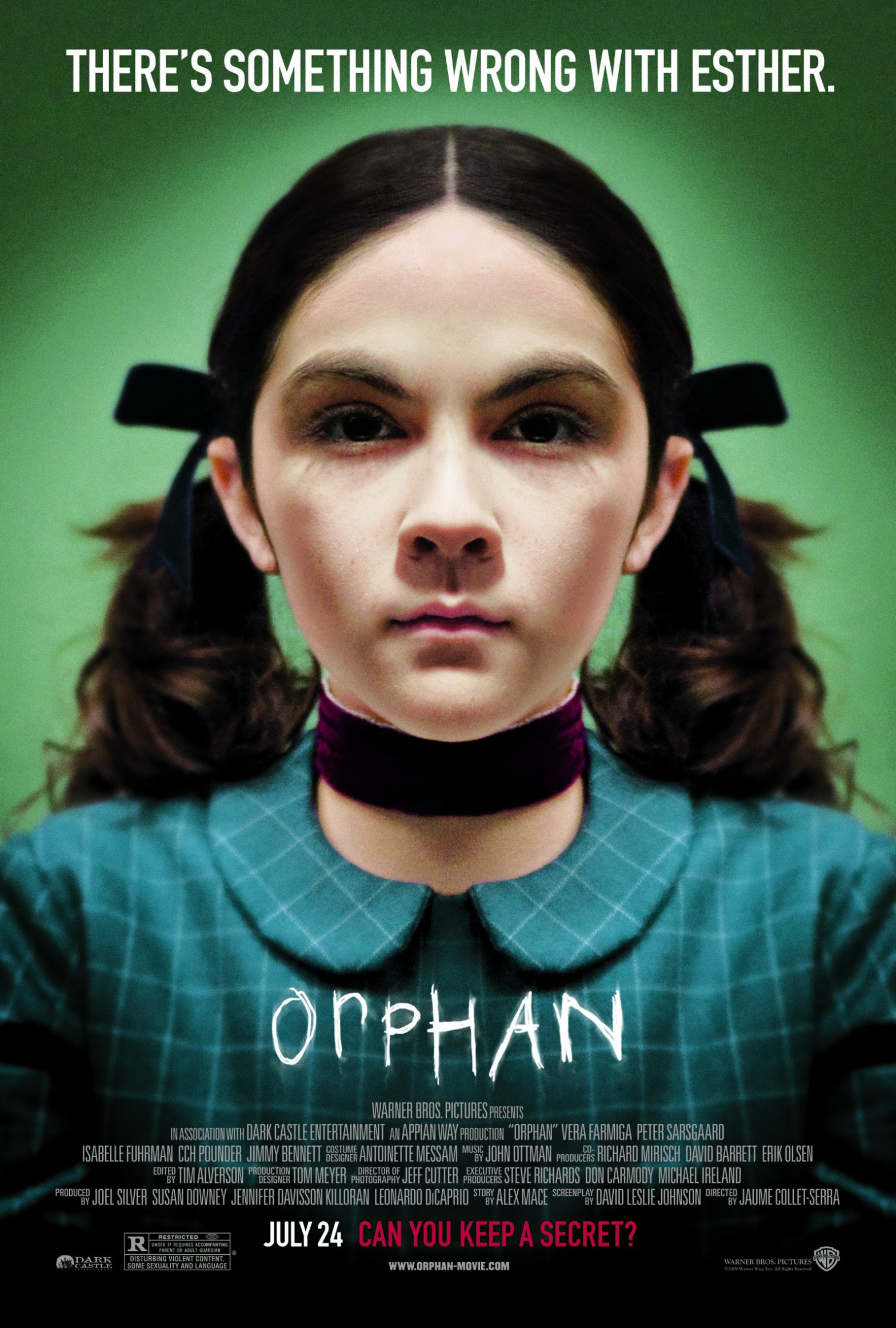 Kate Coleman can not stop thinking about her third child, the one that came to the world stillborn. She decides to adopt a girl. This is not an easy undertaking, as Kate has a history with alcohol. While being drunk, she caused an accident in which her daughter Max lost her hearing. Her husband John finds the ideal new daughter in the orphanage of Sister Abigail, who’s relieved that she can finally say goodbye to Esther. She’s 9 years old, meticulously dressed, polite and always carries a worn out Bible with her. She does warn her adoptive parents that she’s “different”, but that’s not a problem for Kate and John, who take her to their picture perfect house on a hill. Esther soon becomes friends with Max, but elder son Daniel doesn’t like his new sister at all. Soon it goes from bad to worse. When Sister Abigail suddenly dies, Esther unleashes her demons. House of Wax director Jaume Collet-Serra scores some big horror points with his contribution to the demonic child subgenre. Everything works with Orphan, from the beautiful production design and the smart and scary script to the cast, led by Vera Farmiga ( The Departed, The Vintner’s Luck ), Peter Sarsgaard ( Jarhead, In The Electric Mist ), CCH Pounder ( Face/Off, Jarhead ) and revelation Isabelle Fuhrman as Damien’s niece Esther. Orphan is intense, dramatic and full of surprises, from the nightmarish opening to the grand guignol like finale.