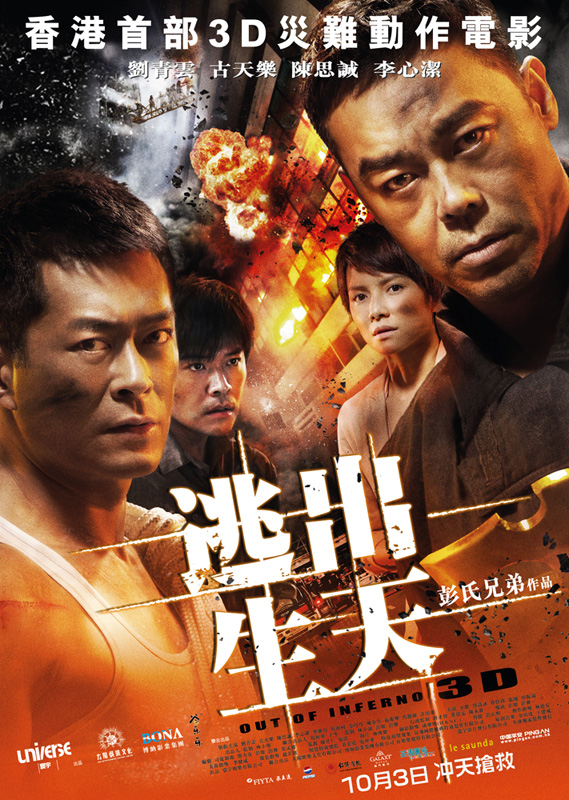 After a failed training exercise, fireman Keung refuses to work any longer with his older brother Tai Kwan and resigns. Four years later, he celebrates the launch of his own fire security company in the Guangzhou International Commercial Centre. In all that time, he hasn’t spoken once with his brother who receives the unexpected news that he’s going to become a father. His wife goes to see her doctor, who works from the same building as Keung’s company. It’s the hottest day in 50 years and the air conditioning is struggling to cope. This leads to a small spark setting off a fire in the basement of the centre, which rapidly spreads to the upper floors. Hundreds of people aren’t able to leave the building in time, among whom Keung and Tai Kwan’s wife. The latter’s duty as a fireman comes first and cannot be hindered by personal feelings. Tai Kwan has to fight the fire from downstairs, while Keung tries to guide a desperate group of survivors to safety. For once no ghosts, paranormal detectives or fantastic universes for the Pang Brothers. What they’ve got in store for us this time is a fully blown disaster movie. Out of Inferno, a Towering Inferno for the 21st century, is a true feast of stunning 3D special effects, with action choreography by Dion Lam ( Spiderman 2, Matrix Reloaded ).