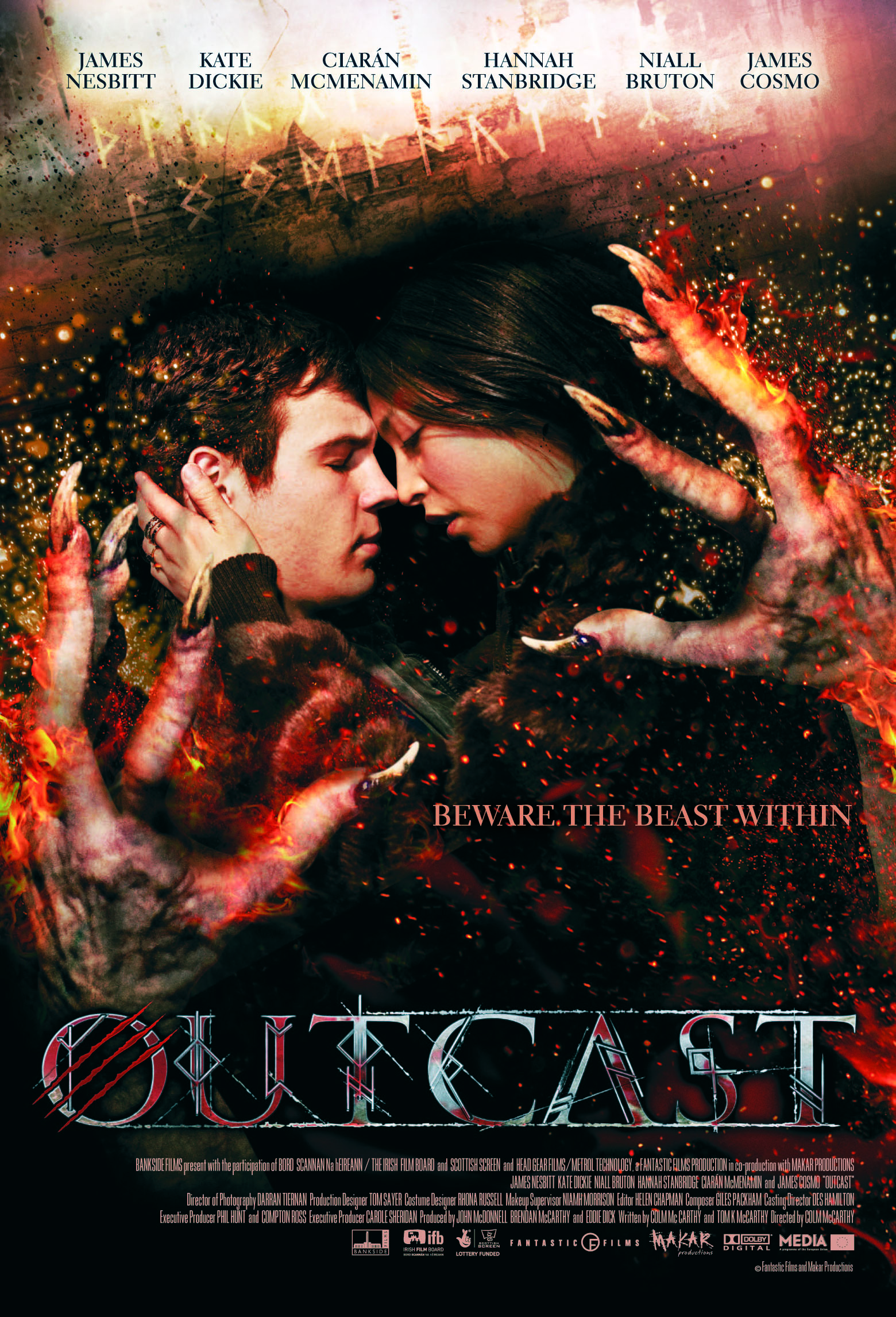 Mary and her adolescent son Fergal lead a life on the run, hiding from the dark forces that are pursuing them. When they find a new hideout in a grim council flat in the Edinburgh suburbs, Fergal falls in love with his attractive and feisty neighbour Petronella. But Mary will not let her run away with her son. As a lioness, she protects her cub from every possible danger. In the meantime, Cathal, the man who is hunting them, is hot on their heels. He uses a dark and ancient form of magic to find them. Mary’s only defence lies in using the same magic to shield them from Cathal. When several inhabitants of their building fall prey to a monstrous beast, the hunt starts to pick up speed. Is Cathal the beast responsible for the carnage or is he the one who wants to destroy the beast ? When Fergal is forced to choose between his mother and Petronella, there’s no way back. The beast will come for them. Outcast is an Irish-Scottish horror film from Colm McCarthy, known as a director of hit TV-series such as Spooks, The Tudors, Murphy’s Law and Hustle. What’s unique about Outcast is the grim social context in which all the magic events are taking place, as if Ken Loach and Mike Leigh would have made a genre film. The way in which ancient Irish and Scottish myths are integrated in a contemporary setting, lends lots of authenticity and credibility to the events. The versatile James Nesbitt (Waking Ned Devine, Bloody Sunday) plays the hunter Cathal, while Kate Dickie, the protagonist from Andrea Arnold’s Red Road, stands in his path as Mary.