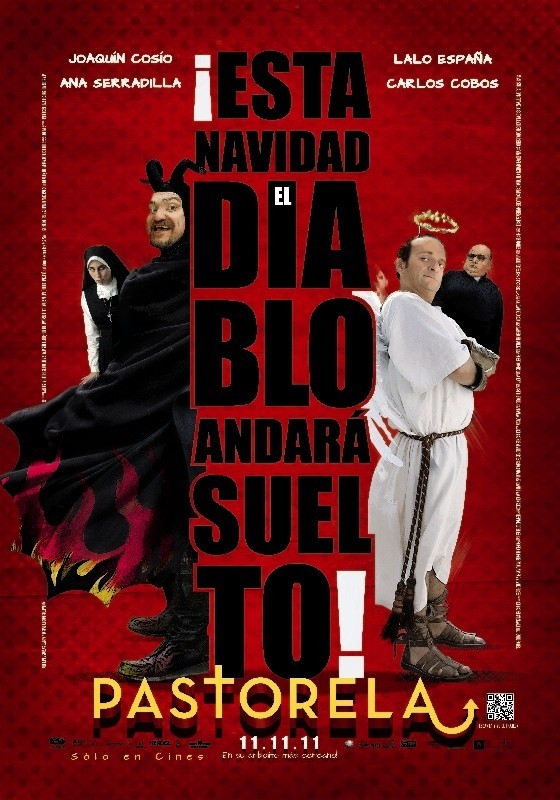 Agent Jesus Juarez, known in his neighbourhood as Chucho, is a police officer in the city of Mexico. His favourite moment of the year is Christmas, when the local church stages a Nativity play. Chucho has always played the devil, the real star of the piece. But this Christmas is going to be different. When Chucho arrives too late for auditions, Edmundo Posadas, the new town pastor and exorcist, has already attributed all parts. Now Chucho has to start a ferocious fight with the pastor, an epic battle between good and evil, to reclaim what is rightfully his. He’s going to invent ever crazier plans to put on Satan’s suit. Nobody will be safe as long as Chucho doesn’t have his part back ! After Cronos and Pan’s Labyrinth, Pastorela was the last big winner of the Ariel Awards ( Mexican Oscars ) ! Pastorela, written and directed by Emilio Portez, is a highly disrespectful movie which filters Mexican culture through a surrealist prism, taking it to ludicrous extremes. The masterful Joaquin Cosio ( Quantum Of Solace and the next Lone Ranger ) stars as Chucho, turning Pastorela into a succulent audiovisual burrito you’ll want to devour with your eyes.