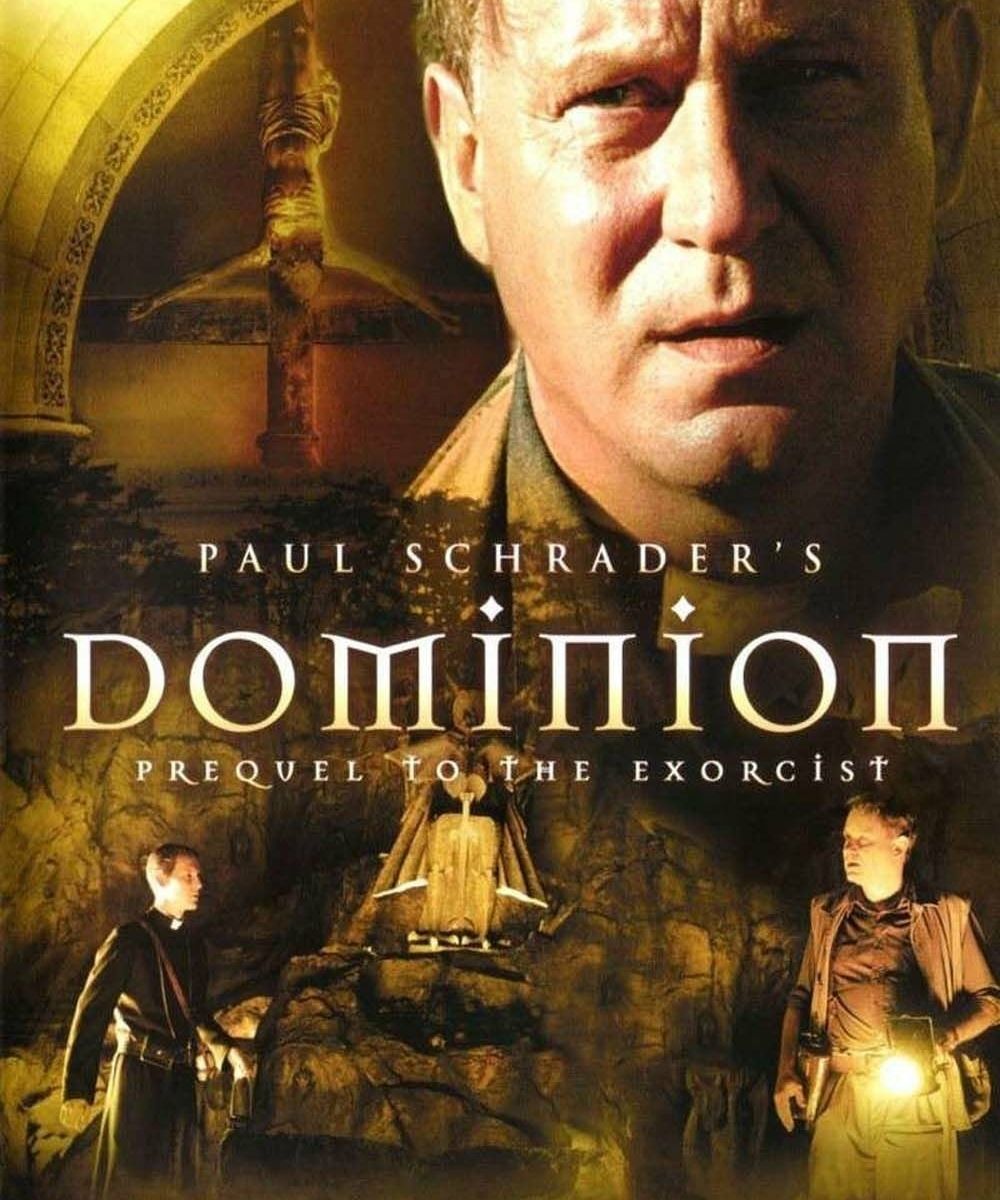 1944. Lankester Merrin, a parish priest in Holland, is forced by retreating Nazi soldiers to pass life-and-death judgement on his parishioners. This action destroys his faith and breaks his spirit. In 1947 Merrin, now an archaeologist, makes a startling discovery in Kenya. An ancient Byzantine church has been found in pristine condition, as if it had been constructed to be buried. The archdiocese in Nairobi assigns young father Francis to go to the site and watch over Merrin’s work. After a disturbing dream, Merrin shows Francis the now uncovered church. The interior is guarded by giant statues and covered with mosaics featuring the war between Archangels Michael and Lucifer. Beneath the church, Merrin discovers an ancient primitive crypt which had been used for Satanic worship and sacrifice. An ancient evil awakens. When the financial backers of Exorcist : The Beginning saw that Paul Schrader had realised a psychological horror film and not the expected special effects extravaganza, they hired Renny Harlin to re-shoot the entire picture. Maybe, if they had thought it over, who else but the scriptwriter of Taxi Driver, Raging Bull and The Last Temptation of Christ, who else but the director of Cat People, The Affliction and Autofocus could have brought this twisted, diabolical tale of doubt, belief, guilt and madness to the big screen. That you can now see his version at the festival, is a blessing in itself.