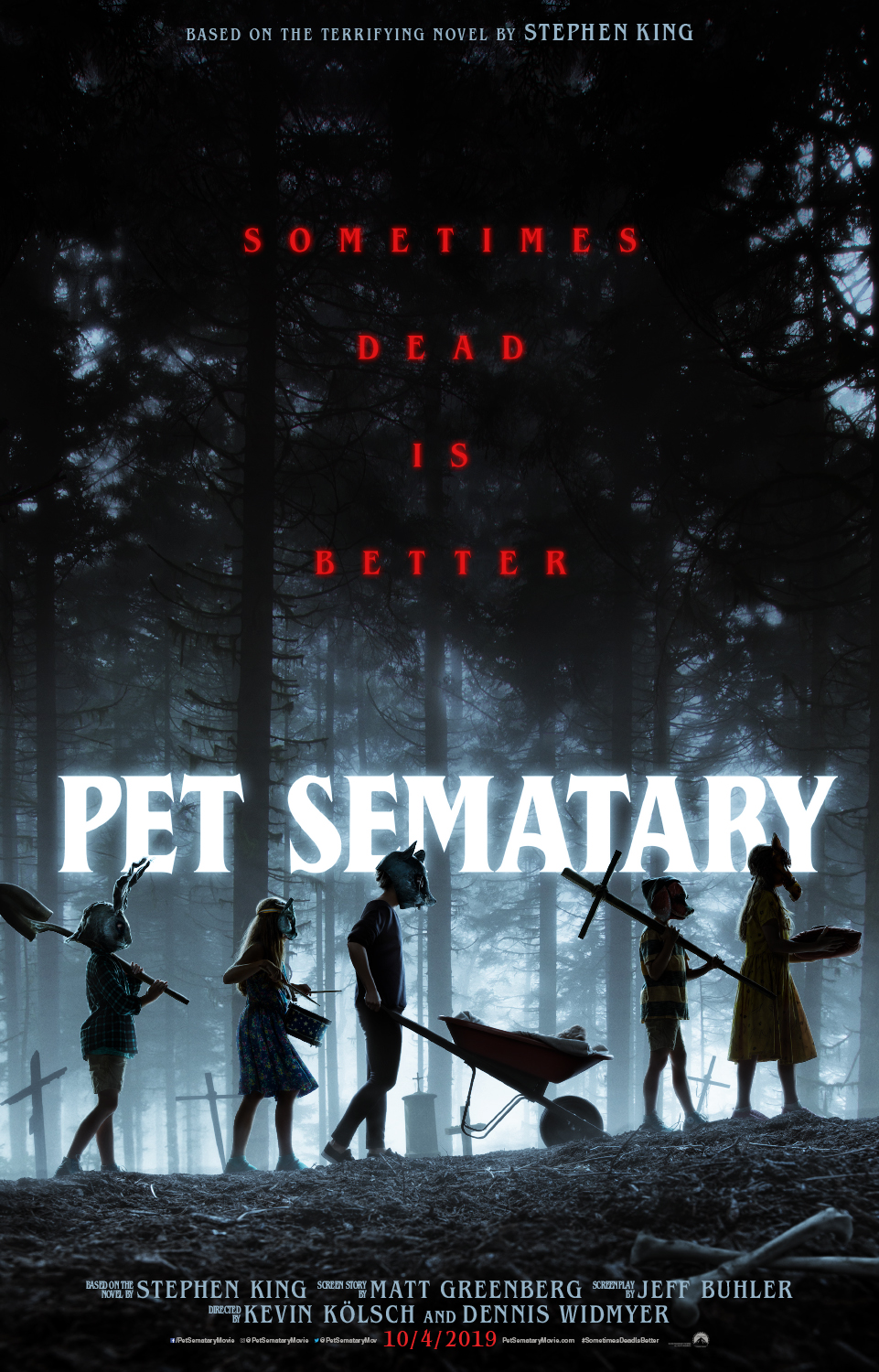 Alongside his wife and their young children, Doctor Louis Creed moves from the city to a house in a forested environment. Soon, they meet their slightly eccentric neighbor, who lets them know about the eerie animal cemetery nearby. Behind the house runs a busy thoroughfare and Creed keeps pointing out the danger to his sons. But one day, their cat is run over and things don’t stop there. Overwhelmed by grief, Creed disregards the sound advice of his neighbor and sets forth for the burial ground, with disastrous consequences… THE SHINING, CARRIE, MISERY, STAND BY ME, THE MIST… Who needs a new Stephen King adaptation? We do! Thirty years after the first PET SEMATARY, we get to see a brand-new interpretation of King’s classic creepy novel. The directorial duo Kevin Kölsch and Dennis Widmyer (known for STARRY EYES, BIFFF 2015) enlisted quite an impressive cast: Jason Clarke (FIRST MAN, TERMINATOR GENISYS, DAWN OF THE PLANET OF THE APES), John Lithgow (INTERSTELLAR, RISE OF THE PLANET OF THE APES, CLIFFHANGER),