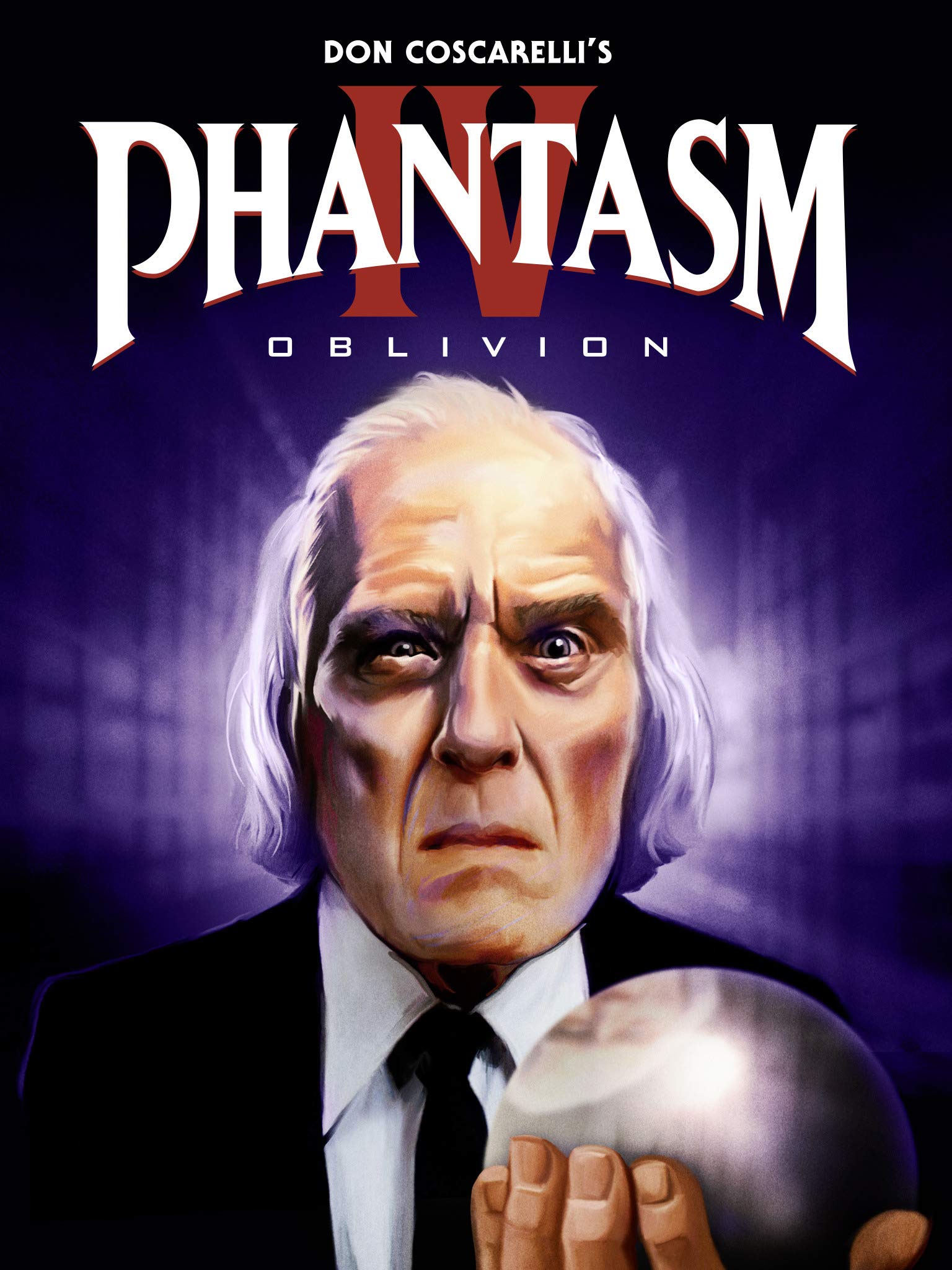 At the age of thirteen, young Michael had to live through a nightmare that has haunted him every moment since. After losing their parents, Michael and older brother Jody encountered the Tall Man, the caretaker of the Morningside Cemetery. They found out that he was an extraterrestrial grave robber, who compressed human corpses into alien zombie dwarf slaves. Jody learned the hard way and fell victim to his gruesome methods, which included flying metal spheres that impaled themselves in their victims’ foreheads. Traumatised, Michael was sent on a mental institution marry-go round for nine years. Now attempting to prove his unbelievable story, he contacts Reggie, an oddball ice-cream man who is one of the few witnesses to the Tall Man’s nefarious misdeeds. Having learned that the evil undertaker is again pillaging small town cemeteries and amassing a horde of miniature terrors, they set off to stop him.
Phantasm : OblIVion is an enthusiastic and imaginative mix of science-fiction and horror. The original Phantasm (1979) was a low-budget labour of love for director Don Coscarelli, who handled the cinematography and editing chores to boot. The result was a film low on logic but high on imagination. It was one of the last highlights of a bygone B-movie drive-in era before movie theatres became the exclusive domain of high profile blockbusters. After two major studio-backed sequels, Coscarelli has returned to the indie-frontline that he operates most naturally in. He raised the money on his own and went into production without any rules or restraints. The slapstick angle of the third film has been dropped for a return to the brand of bizarre action and dreamy, surreal horror that made the original installments such glorious nightmares. On the acting front, Angus Scrimm returns as The Tall Man, rejoining original cast members Reggie Bannister, Michael Baldwin and Bill Thornbury. Have fun with Phantasm : OblIVion.