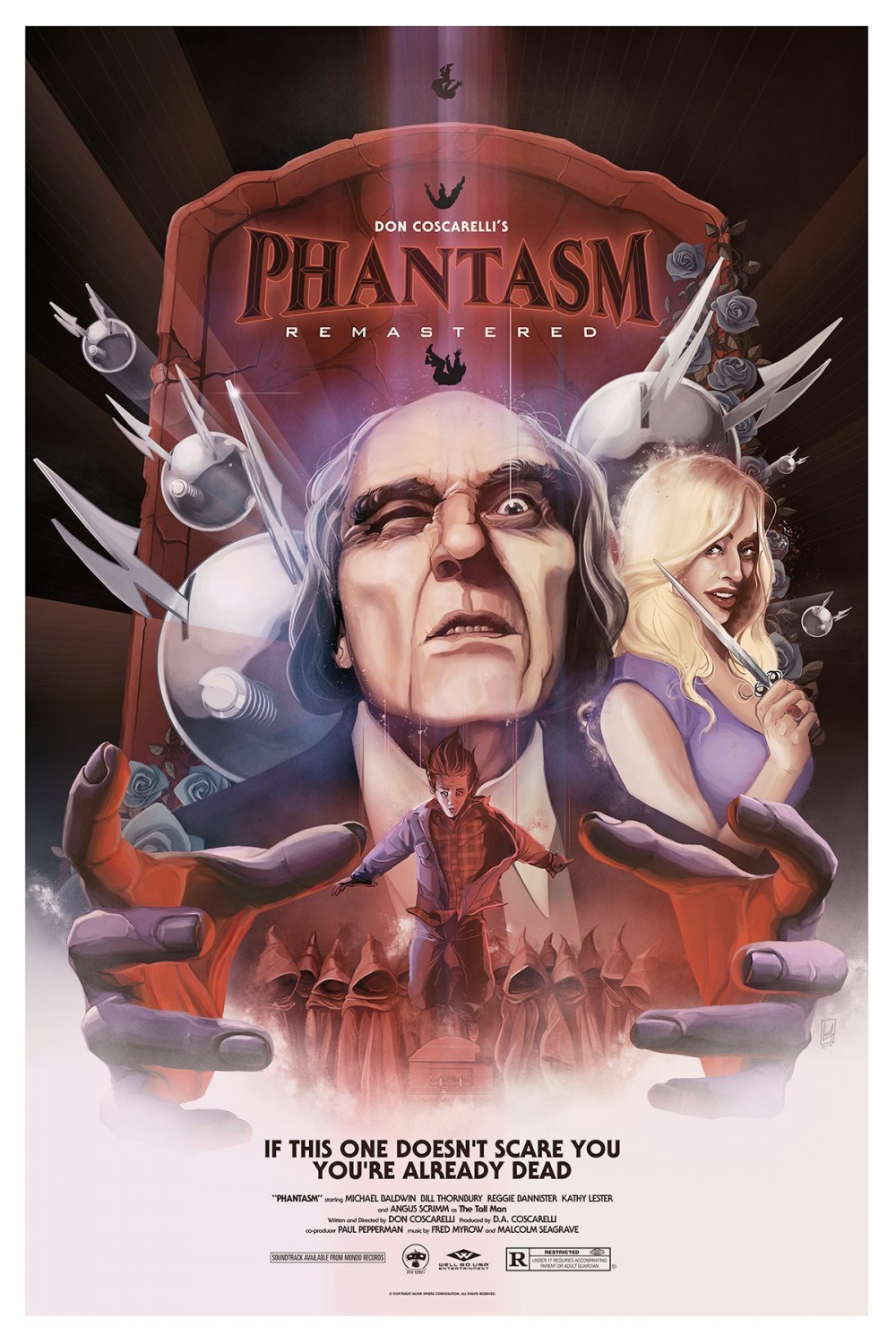 Mike doesn’t move an inch from his brother Jody. Their parents passed away and the boy is obsessed with the thought that Jody will abandon him. One day Mike notices that the graveyard of Morningside is in the grip of an unfortunate spell. He races to his brother and tells him what he has seen, but bumps up against a sneering smile. Offended, he ventures the ominous depths of the tombs all-alone.
With Phantasm Don Coscarelli won the special price of the jury in Avoriaz(’79). His next film became The Beastmaster, in which he showed himself to be a worthy member of the new generation of young directors, led by Spielberg and Lucas.