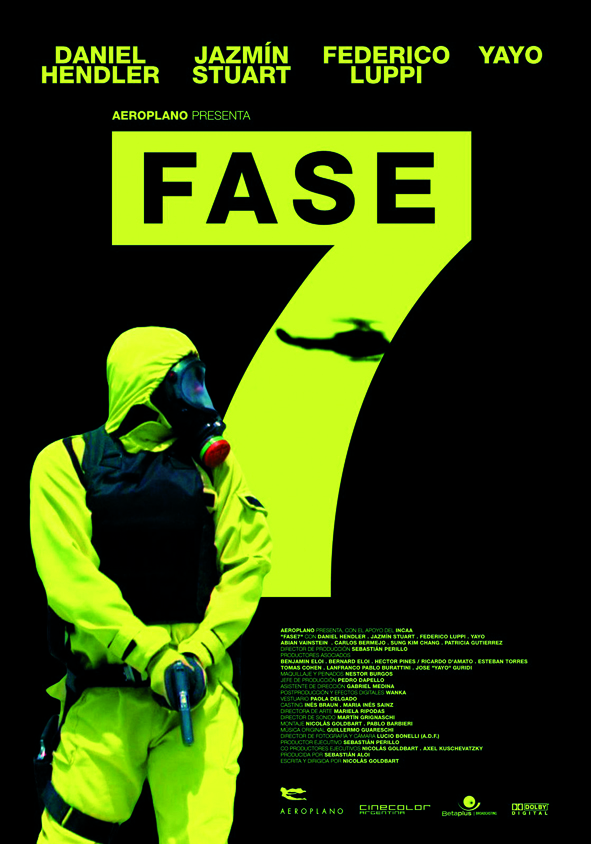 Just when Coco and his seven months pregnant wife Pipi have settled in their new flat, the authorities hermetically seal the building. One of their neighbors seems to have been infected with the latest killer virus. The emergency phone number doesn’t work and the inhabitants are left to fend on their own. It doesn’t take long before the situation spirals out of control. Their neighbors turn into enemies and Coco is forced to forge an alliance with the unstable and paranoid, but extremely well armed Horacio to protect his wife and the contents of his fridge. Meanwhile outside the building, the world as we know it, is rapidly disappearing. Luckily there are also films where you can have a good laugh with the end of all things. Phase 7, hailing from Argentina, presents us with the lighter and funnier side of the Apocalypse. Director Nicolas Goldbart has found an original way to show the usual disintegration of society. Just when you think you know where the story is heading, he twists and turns it into a completely different direction. The humor is as absurd as it is outrageous, but it all remains perfectly credible. Federico Lupi ( Cronos, The Devil’s Backbone ) is outstanding as Horacio, an elderly Rambo with a very itchy trigger finger.