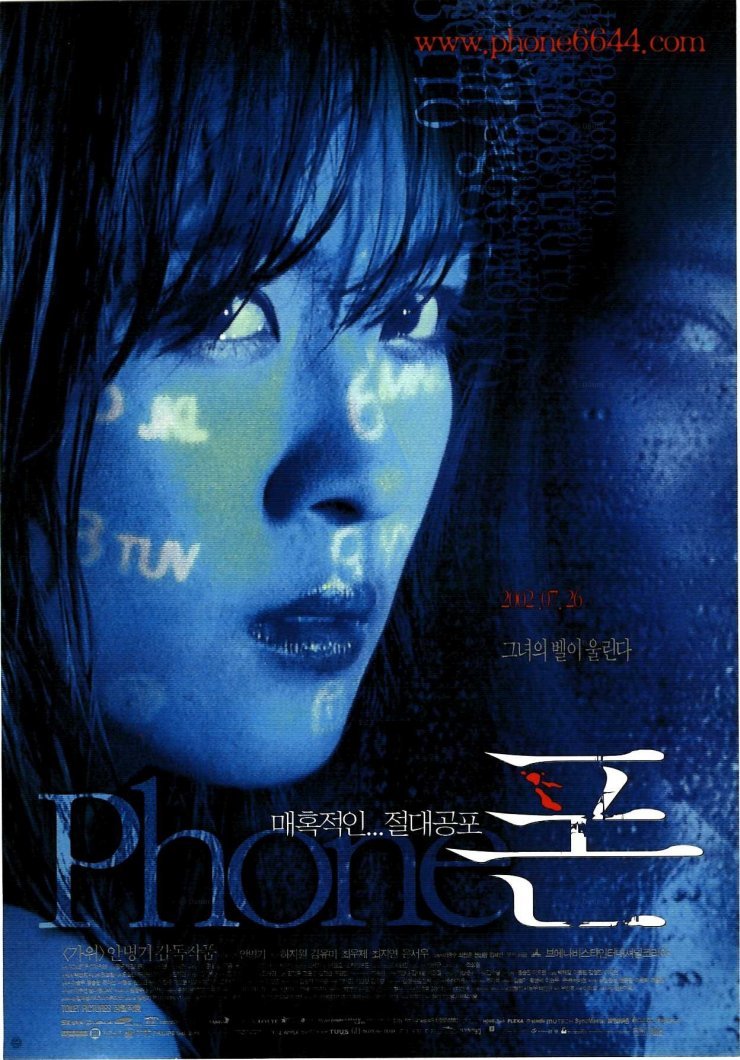 A mobile phone rings. Those who answer it are forced to suffer horrifying deaths. There are no clues. The number is untraceable. Ji-won, a magazine writer, changes her number when she begins to receive threatening crank calls after writing an expose piece for the magazine. But to her astonishment, she continues to receive frightening, incomprehensible phone calls and begins to sense a sinister being encircling her. When her best friend’s young daughter accidentally answers a call supposedly meant for Ji-won, things start to take a terrifying turn. The only choice Ji-won has, is to find out the truth no matter what it will cost.

You might not be able to live without your mobile phone, but in the Korean ghost movie Phone, calls can kill. The plot is based upon an old Korean horror story, where the spirit of a murdered person seeks revenge by lashing out at the perpetrators of the crime as well as innocent people. And there is nothing subtle about this ghost. It is direct, purposeful and terrifying. Director Byung-ki Ahn (A Nightmare) maintains an atmosphere of fear throughout the entire movie, building up to a stunning ending that will surprise everyone.