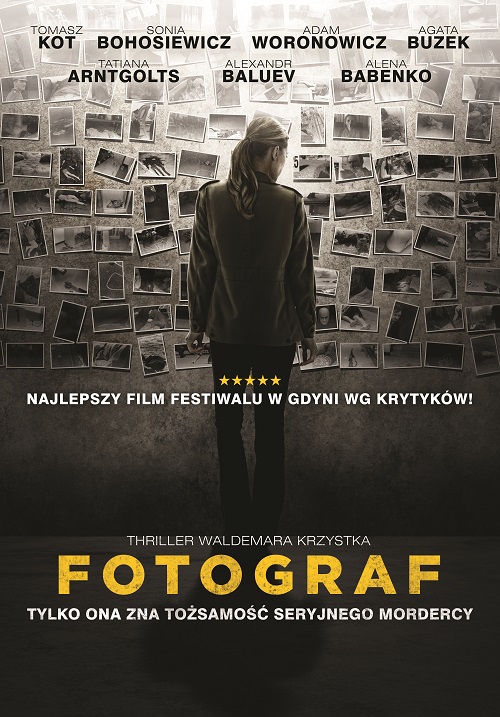 A loudmouth of the FSB, the Russian secret police, Natasha just got a giant surprise served to her: two of her coworkers tell her it’s a miracle she is the only one still alive after crossing the path of the Photographer, a fierce muscovite serial killer. Where? When? How? What she will learn will sent a chill down her spine as she dives into an investigation where old KGB 8mm, weird deals with the Red Army and the troubled past of a child treated like a mutant will entwine in a series of cold trails. And yet, she’s going to have to warm that up as a unknown occurrence seems to push our Photographer to accelerate his bloody shooting…

An old roadie of Polish cinema, Waldemar Krzytek already went to Cannes (The Last Ferry in 1990) and an Oscar preselection for 80 Million in 2011. This time, he returns with a merciless thriller, mixing splendidly a Cold War Cold Case and a race against the clock with fierce efficiency! If John le Carré’s shadow hovers undeniably above the script, with a dissection of a policy as outdated as a red anvil, the dark package without any concession that brings a spark of Fincher sets The Photographer as an atypical and nervous work of art.