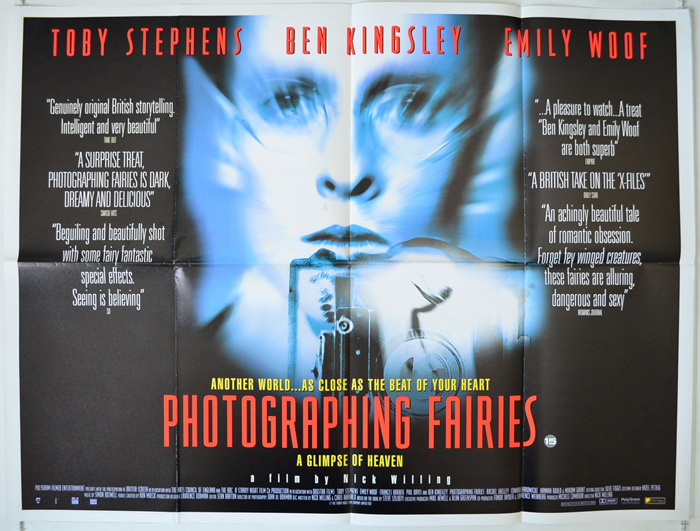 Switzerland, 1913. A young English photographer, Charles Castle, marries Anne-Marie. The next day, she is killed by an avalanche. Castle enters an emotional void. He fights in the trenches during World War One, where he photographs the dead. The war over, Castle and his wartime batman Roy set up a photographic studio in London. The business includes faking photographs so that dead soldiers seem reunited with their families. An expert in photographic legerdemain, Castle participates at a meeting, also attended by Sir Arthur Conan Doyle, at which photographs purporting to be of fairies are presented. Castle reveals the trickery involved. Another member of the audience, Beatrice Templeton, visits Castle’s studio with a photograph of her young daughter, apparently in conversation with a fairy. Initially unimpressed, Castle soon convinces himself that the photograph is genuine.
Photography, as someone might have once said, is a pack of lies; and cinema is a pack of lies 24 times a second. That’s why we love the movies. We want to be in a world that allows us to believe that a man can fly, and perhaps even that fairies exist. No doubt that was part of the appeal of the faked photographs some 80 years ago. Republished in the 70s, they continue to touch the part of the imagination that longs for the inexplicable and the inconceivable. Nick Willing’s first feature Photographing Faries takes us on a journey in the world of fairies and mystics.