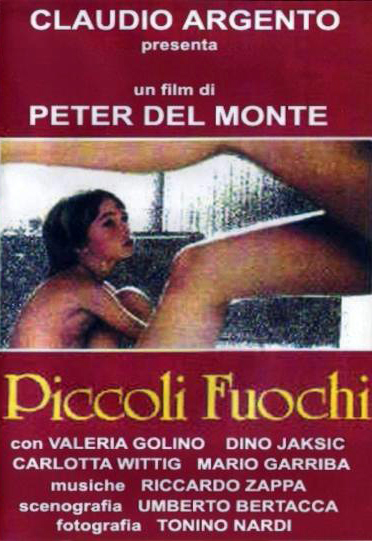 He is five years old and has a limitless imagination. Abandoned by his parents, he creates a dreamworld with fairytale friends: a tiny and cranky king, an all-knowing robot and a lovely dragon. Their foolery is as innocent as it is dangerous, until the boy falls in love with a young woman. For her he is willing to overcome all dangers and even a diabolic revenge can’t scare the boy away.
Piccoli Fuochi has nothing to do with the abundant and fierce American popcorn-genre for pimpled youngsters: it’s a sensitive and ingenious analysis of the child and his fantasy world. Claudio Argento’s production is directed by Peter Del Monte (L’altra donna and L’ivintation au voyage).