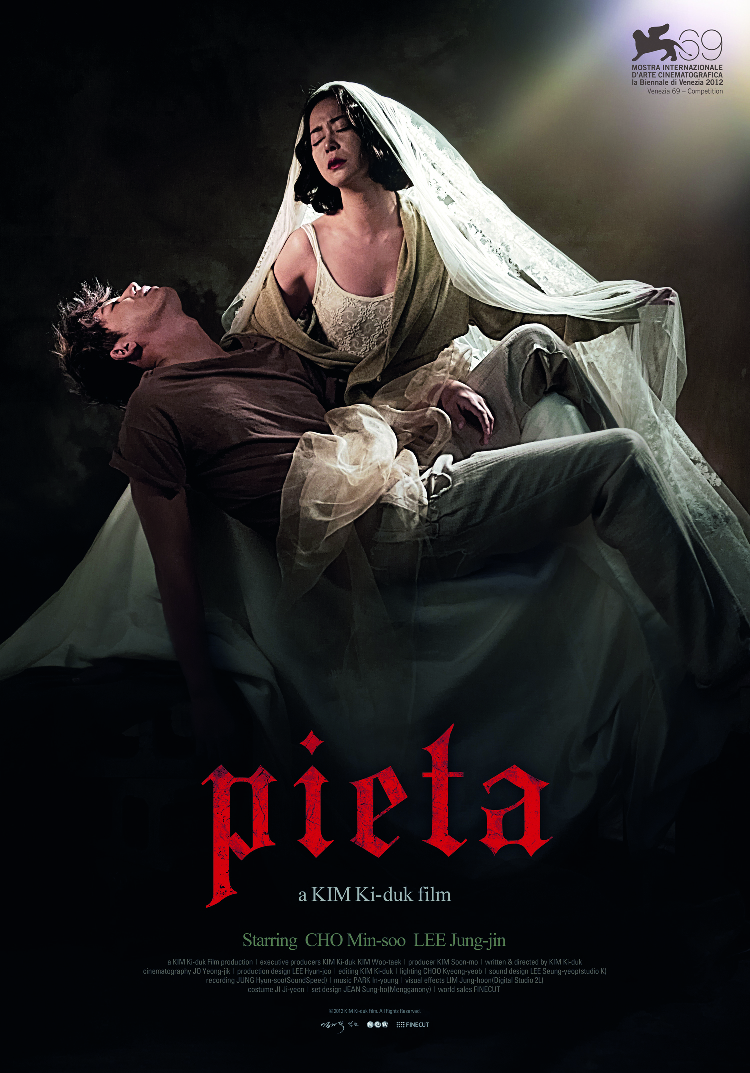 A loan shark enforcer brutally beats up people to collect their debts in a dilapidated slum town. The man, without any family and therefore with nothing to lose, continues his merciless way of life regardless of all the pain he has caused to a countless number of people. One day, a woman appears in front of him claiming to be his mother. He coldly rejects her at first, but gradually accepts her in his life. He decides to quit his cruel job and to live a decent life. Then suddenly the mother is kidnapped. Assuming that it would be by someone he has hurt in the past, he starts to track down all the people he has harassed. The man finally finds the one, only to discover horrifying dark secrets better left unrevealed. This controversial Golden Lion at the 2012 Venice Film Festival, Kim Ki-duk’s latest feature, is a dark and cynical masterpiece. The talented director of Spring, Summer, Fall, Winter… and Spring castigates the excesses of a merciless capitalism, while injecting a heavy dose of moral violence that recalls the ancient Greek tragedies. Poet of the extreme, Kim Ki-duk confirms everything we thought of him since The Isle ( Golden Raven of the BIFFF in 2001 ).