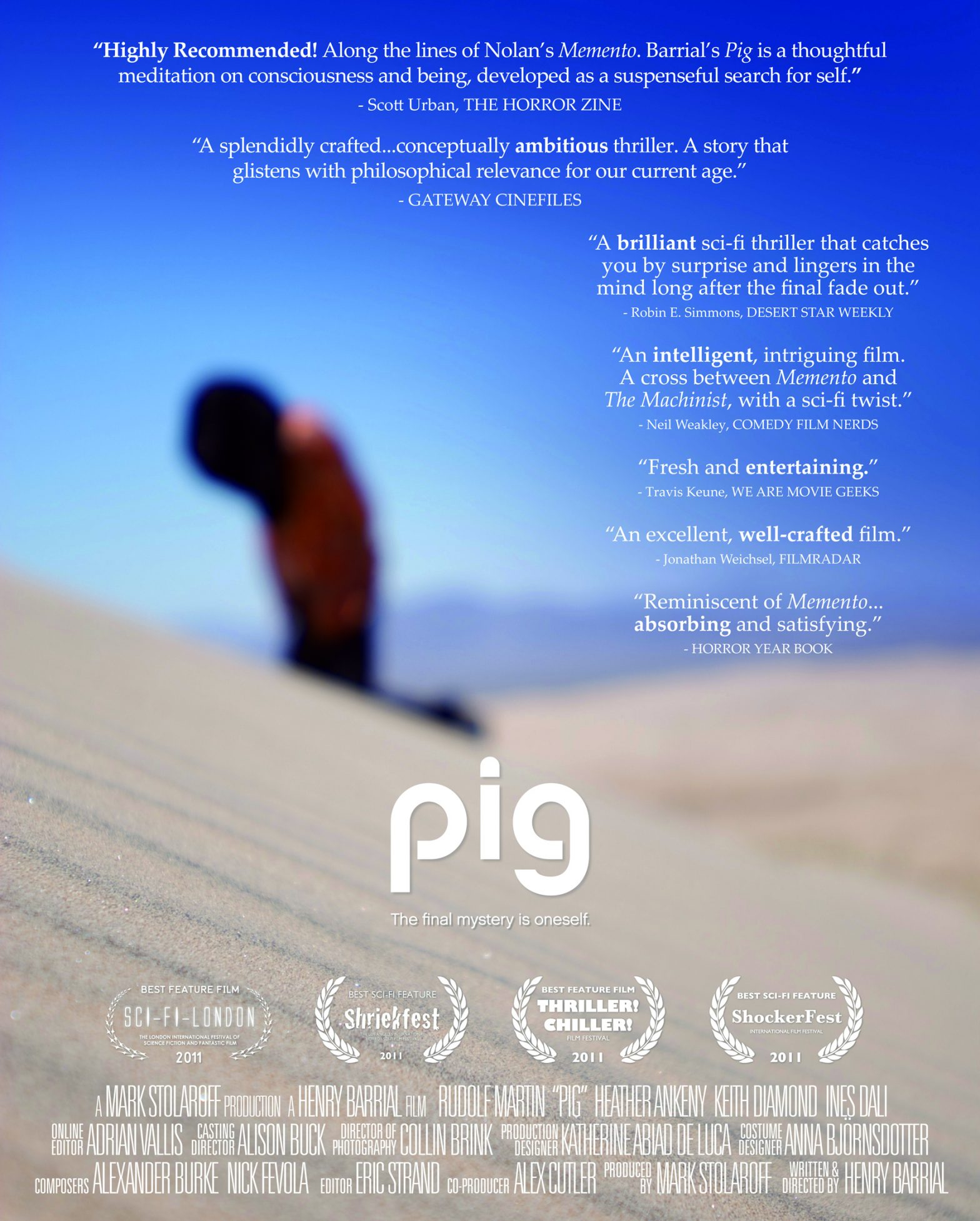 A man regains consciousness with a hood over his head and his hands tied behind his back. He has no idea who he is or how he got there. In his trouserpocket he finds a piece of paper with a name written on it : Manny Elder. When he collapses of exhaustion, he’s found by an attractive young widow who lives alone in the desert with her son. They discover that Manny Elder is a janitor in Los Angeles and drive to the city to uncover the mystery of his identity. He finds traces and clues of the life he led. Some seem to be planted there, others come across his path by accident. And sometimes they contradict each other and point in different directions. But every time he’s close to a breakthrough, his search ends and he finds himself back in the desert, with no memories of what happened before. Pig is an intriguing mystery thriller with sci-fi elements by Henry Barrial. The comparison to Christopher Nolan’s Memento seems logical, but while that classic dealt with how memory influences our perception of reality, Pig focuses on identity and how our memories shape and deform our self-image. Barrial found the idea for Pig when he read about the ordeal of a German of Lebanese origin who was kidnapped by the CIA on suspicion of terrorism. The innocent man spent six month in captivity in Albania, without knowing where he was or understanding the language that was spoken around him. When he returned, he found out that everybody thought he was dead and he was forced to start his life from zero. Or how reality keeps inspiring the weirdest and most original creations of the 7th Art.