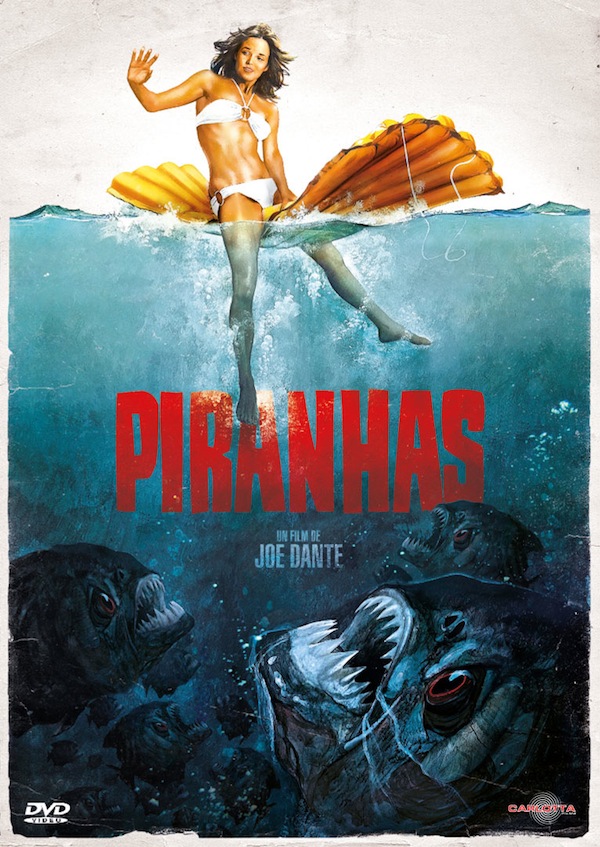 Two young campers, exhausted after a long walk through the wild forests of Texas, stumble over the fence of a seemingly abandoned military camp. Looking for shelter, they go in and discover a swimming pool inside one of the buildings. The young couple, thrilled, decides to go for a swim. After a few minutes of chasing each other, laughing turn into screaming as the water starts boiling around the two swimmers. Soon enough, all that is left is a bloody tint in the shimmering water. In the building next door, a light goes on… Roger Corman took advantage of the uneasiness and discomfort left by “Jaws” for this production through a well-built script and an efficient directing which never waver. Joe Dante (“The Howling”, “The Twilight Zone”), who is directing for the first time, insidiously built a sense of panic which only grows higher until it reaches a violent terror. Among the cast let’s mention Bradford Dillman (“Bug”) and a few appearances from Barbara Steele (“Black Sunday”) herself!