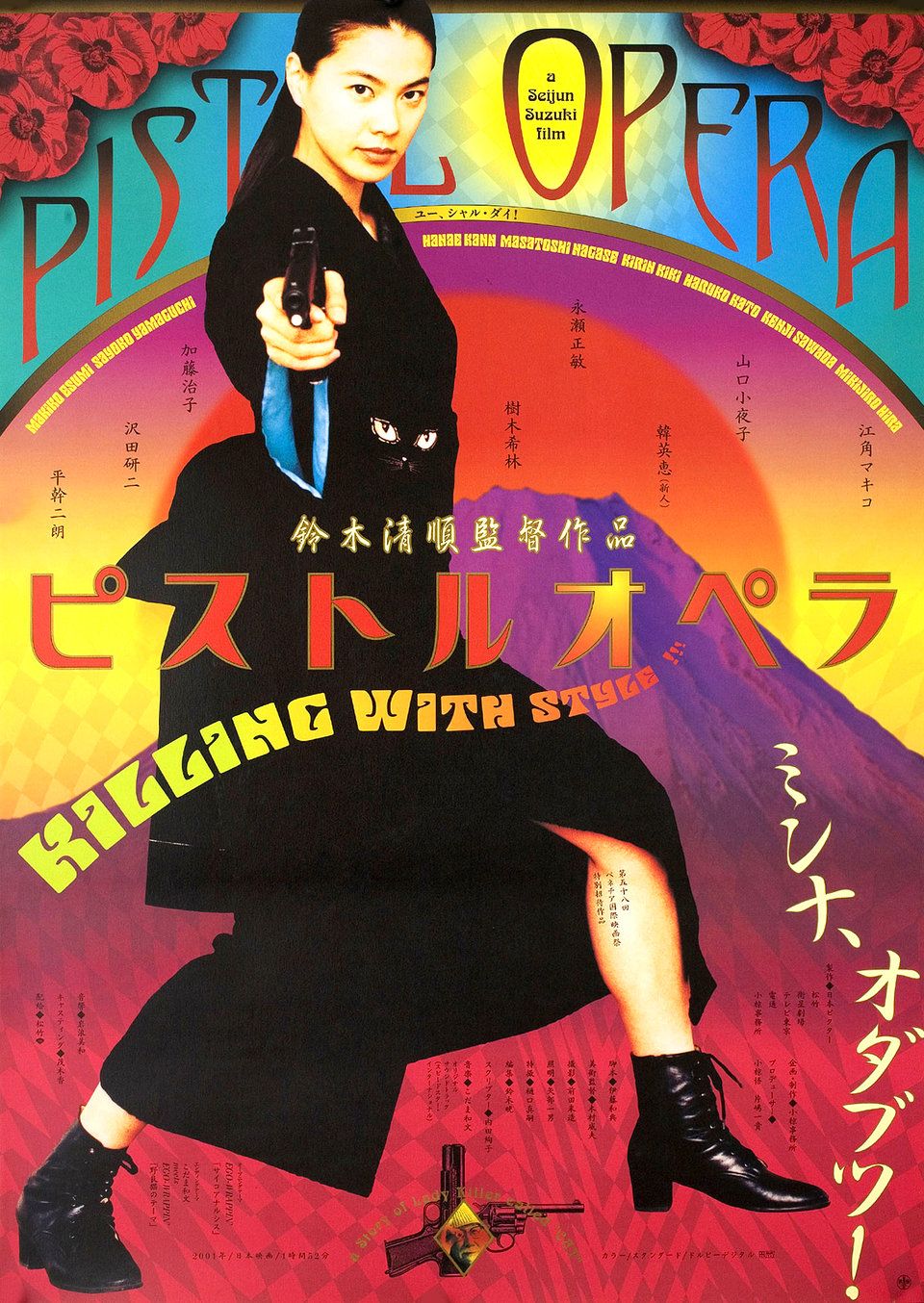 Miyuki Minazuki, nicknamed ”The Stray Cat”, is ranked Number 3 in the Killers Guild. While carrying out one of her missions, she is unexpectedly shot by fellow killer “The Teacher”, a man in a wheelchair who is ranked Nr. 4. Although she’s able to shoot back and kill him off, she notices a little girl, Sayoko, has been a witness to the whole scene. While Sayoko starts appearing anywhere Miyuki goes, the Stray Cat becomes aware that all the killers in the guild are fighting each other to become Nr. 1. Tangled in a thick web of betrayal and murder, Miyuki has to learn that in order to stay alive, she can’t trust anyone. At the age of 78, Japanese cult director Seijun Suzuki (Elegy to Violence, Tokyo Drifter) , the godfather of pulp thriller cinema, makes his comeback with the remake of his 1967 classic Branded to Kill. Since its release, this stylish action film has been the subject of homage from world class directors such as John Woo (Mission Impossible II), Quentin Tarantino (Pulp Fiction) and Jim Jarmush (Ghost Dog). The eccentric, coolly beautiful images and the extreme gunfights have earned the film a cult following worldwide. This remake, a lurid, extreme tale of a hit woman, stars Makiko Esumi (Maboroshi) as “the stray cat” and another cult-favourite, Masatoshi Nagase (Mystery Train, Cold Fever, Gojoe), as “the man in black”. It also benefits from a screenplay by Kazunori Itoh (Gamera I, II & III, Ghost in the Shell) and special effects by Shinji Higuchi (Gamera I, II & III).