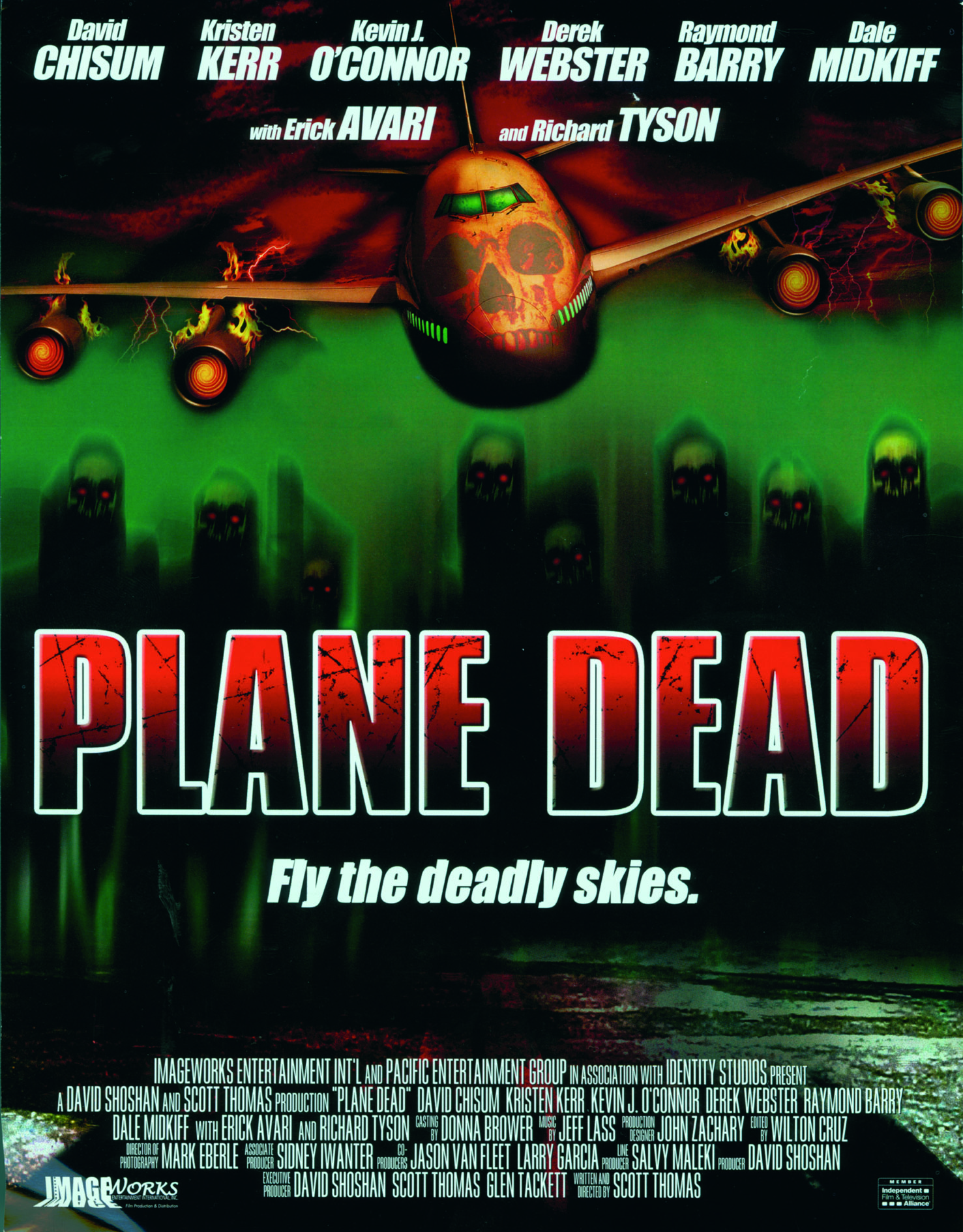 A routine flight travels from LA to Paris. A renegade scientist, on the run from the CIA, has smuggled a coffin on board containing the body of a scientist infected with a deadly genetically engineered virus. The 747 jumbo jet collides with two massive thunderstorms at once, which drops it into the eye of an inescapable tempest. The nonstop turbulence triggers the release of the infected flesh eating scientists from the cargo hold. A life and death battle ensues as the virus turns the unsuspecting passengers into the undead and the terrified uninfected try to survive the flight they wish they had missed. No government will allow the 747 to land. Stranded in the air, the passengers have no place to hide from their ravenous tormentors. Plane Dead is a special effects packed sci-fi horror action thriller that will make you forget about those muthafuckin’ snakes on that other muthafuckin’ plane. The movie was in development long before the much hyped Snakes on a Plane and actually manages to topple that film in glorious B-movie madness. It’s a faster, campier and more entertaining ride that manages to scram the maximum of scares, gags and horror in its minimal budget. The undead are of the fast moving kind and they search every nook and cranny of the plane to catch their prey. And with a cast consisting of several mad doctors, braindead teens, a screaming nun and great character actors like Richard Tyson (Black Hawk Down, There’s Something About Mary) and Kevin J. O‘Connor (The Mummy, Van Helsing), Plane Dead is guaranteed pure midnight movie bliss.