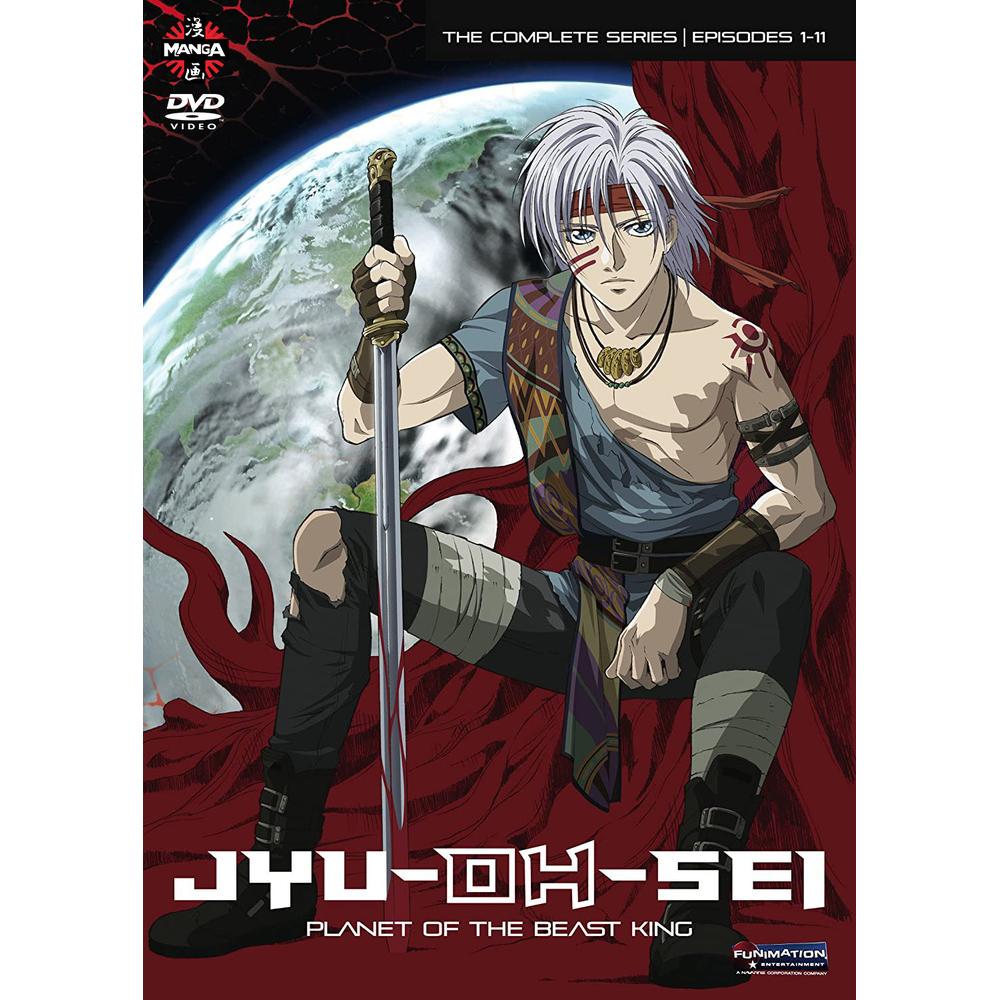 PLANET OF THE BEAST KING

Thor and his twin brother Rai are cast off to a forsaken planet by unknown masked men after witnessing the suspicious death of their parents. Given only a beam knife and a smelly satchel, they wander together in search of civilization on the primarily plant based world. They soon discover the plants have the advantage. Only the strong survive; the ones who throw away their humanity and become the beasts humans once were… Dynamic series by studio Bones ( FullMetal Alchemist, Escaflowne the Movie, Rahxephon ) is sort of a mixture between shonen and seinen. A great fable about the bestial side of humanity that never fails fascinate.