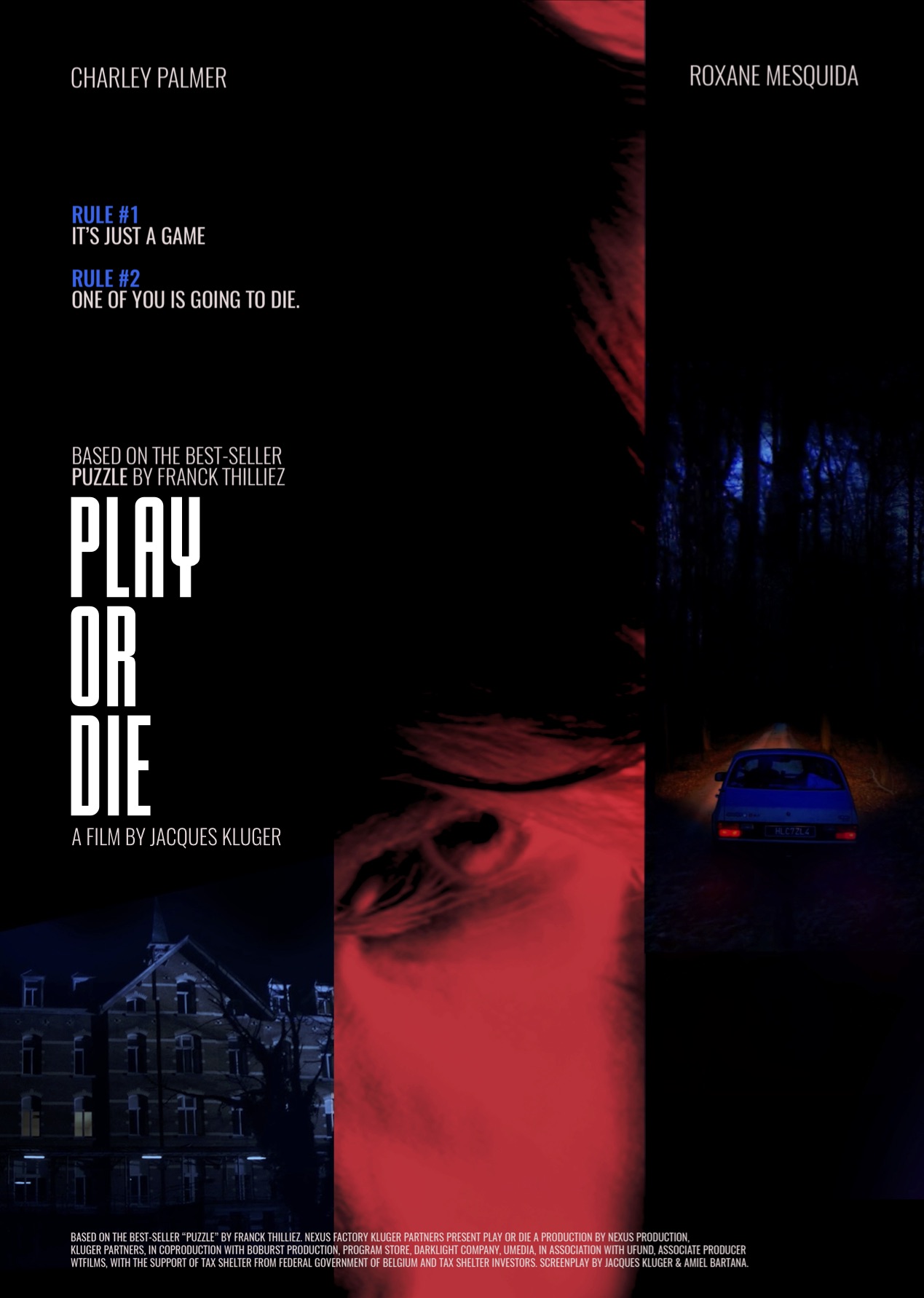 Lucas and Chloe are two passionate gamers. When they hear about Paranoia, an extremely exclusive escape game, they can’t help themselves but participate. After they manage to solve the first riddle, the location of the finale is revealed: a deserted psychiatric hospital in the middle of a terrifying forest. When they arrive, there are four other participants. A race against the clock begins. They start searching their way out of the asylum, but soon they realize that it’s a game of life and death. One of them must die. Based on the bestseller “Puzzle” by Franck Thilliez, this dark psychological thriller grabs you by the throat. PLAY OR DIE is first feature by Jacques Kluger, who also wrote the screenplay. The film was shot in Belgium but has an international cast. Lucas is played by Charley Palmer Rothwell, known for DUNKIRK, DARKEST HOUR, and LEGEND. Roxane Mesquida, who interprets Chloe, is a BIFFF regular, seen in in films like RUBBER and BURNING SHADOW. Still willing to venture into an escape room?