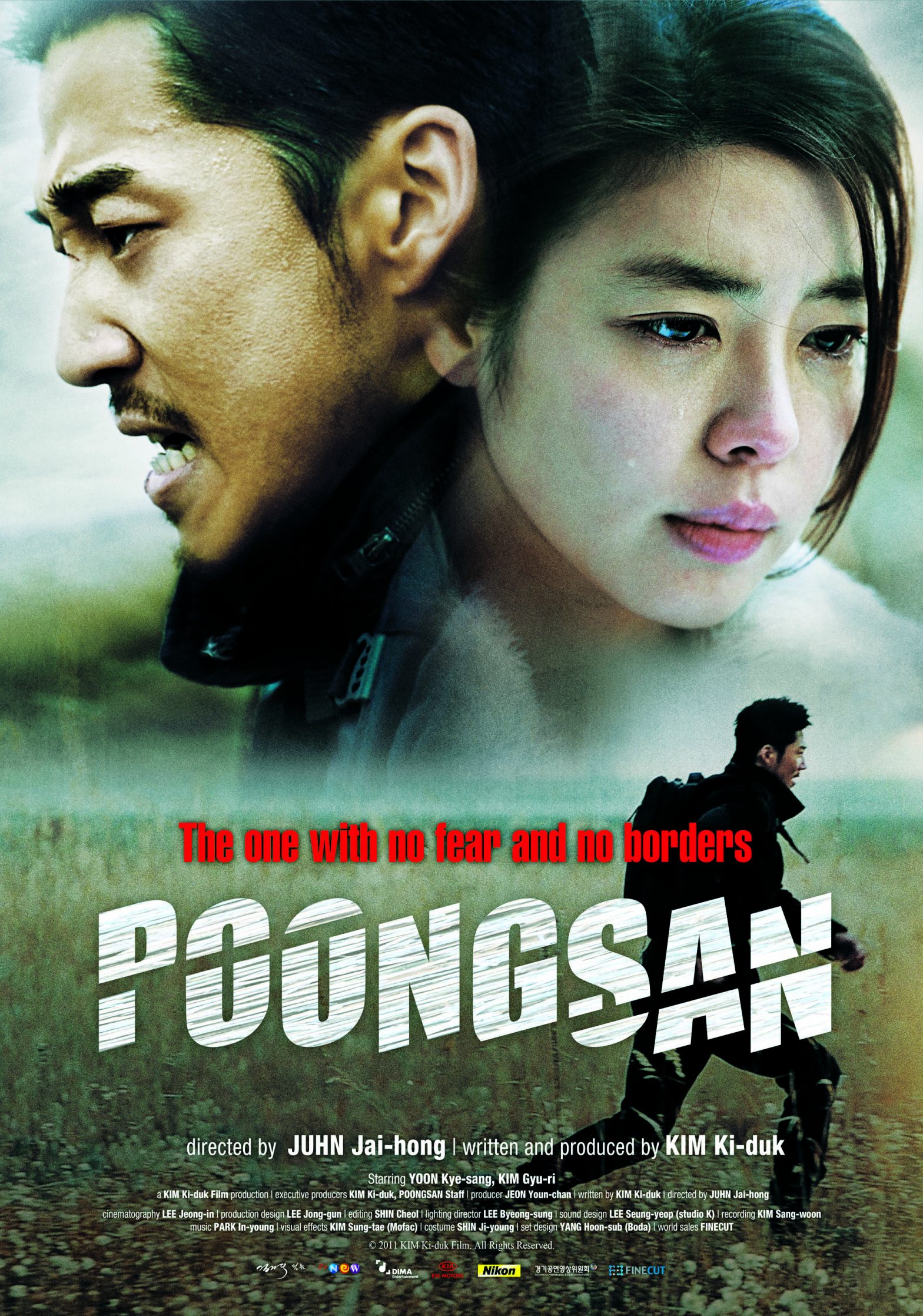 Poongsan, whose real name and life story are unknown, is a courier who crosses the demarcation line between the two Koreas, delivering everything from video games and letters to refugees between separated families in the two countries. One day he is commissioned to smuggle the lover of a high profile North Korean defector to the South. When something starts to bloom between Poongsan and the woman, the situation quickly escalates, even causing a stir on the governmental level. Poongsan presents us with a cynical look at the complicated relationship between North and South Korea. The movie is intense from the start, with its mix of love, hope, loyalty, betrayal, cruelty and violence. It’s directed by Juhn Jai, but the door to international audiences is opened by the name of its acclaimed producer and scriptwriter Ki-duk Kim ( The Isle ). Juhn Jai, who has worked as an assistant director for Kim, focuses on the physical instincts of his characters and does that in a very visual way. So expect some gruesome torture scenes ! Poongsan tackles the thorny issue of no-man’s land separating the two Koreas with the violence and the poetic flavor of a tragic romance that characterizes the Korean cinema in general and Kim Ki-duk in particular. This electrifying political romance-thriller will keep you on your toes from the beginning until the very end.