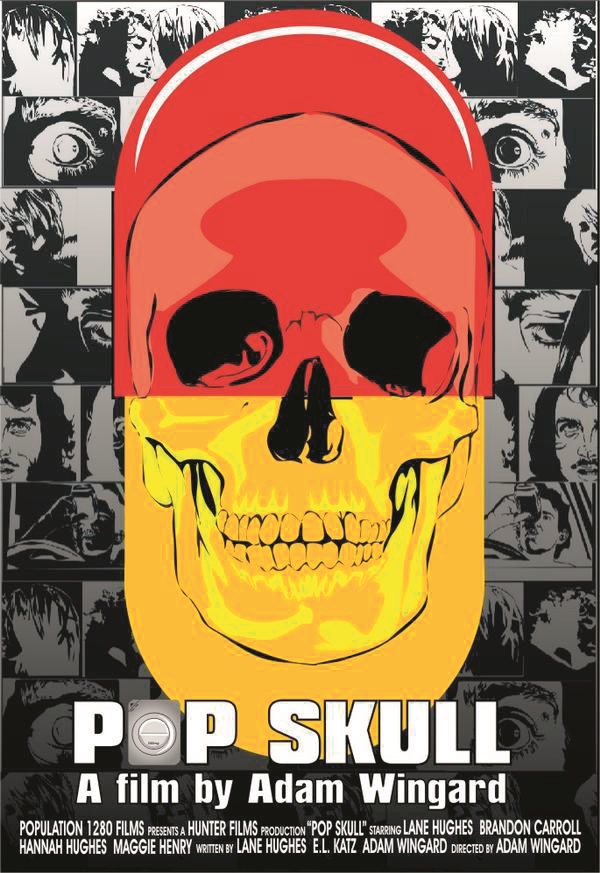 Daniel is drowning in pills to get over the split with his girlfriend Natalie, but he’s also haunted by recurring images of horrific murders that took place in his backyard. The time gap between the grisly killings and the present remains undefined, but their immediacy in Daniel’s subconscious, cause with the young man a strong sense of permanent dislocation. Friends try to keep Daniel in the present. His buddy Jeff urges him to chat up Morgan. Feeling his pain, she reminds Daniel that a lost love always feels like the end of the world, until we realize the world goes on. But Daniel can’t ward off the murderous ghosts of the past, and, despite Morgan’s wise words and Jeff’s friendship, he builds up a slow and disturbing rage at Natalie’s new boyfriend. In its unsettling blend of visual and aural disturbances and eruptions, including some radical strobe effects, Pop Skull seems to have invented a new subgenre : acid horror. Directorcameraman- editor and co-writer Adam Wingard constructs a subjective universe that places viewers almost entirely inside the frazzled mind of Daniel. Pop Skull is a distinctive, visually powerful and uncompromising look at a disturbed, alienated young man battling inner demons while trying to make some human connections with the outside world. Lead-actor and co-writer Lane Hughes makes a large contribution on the script and as Daniel, a role reported to be autobiographical, gives a performance that amounts to a slow meltdown in front of the camera.