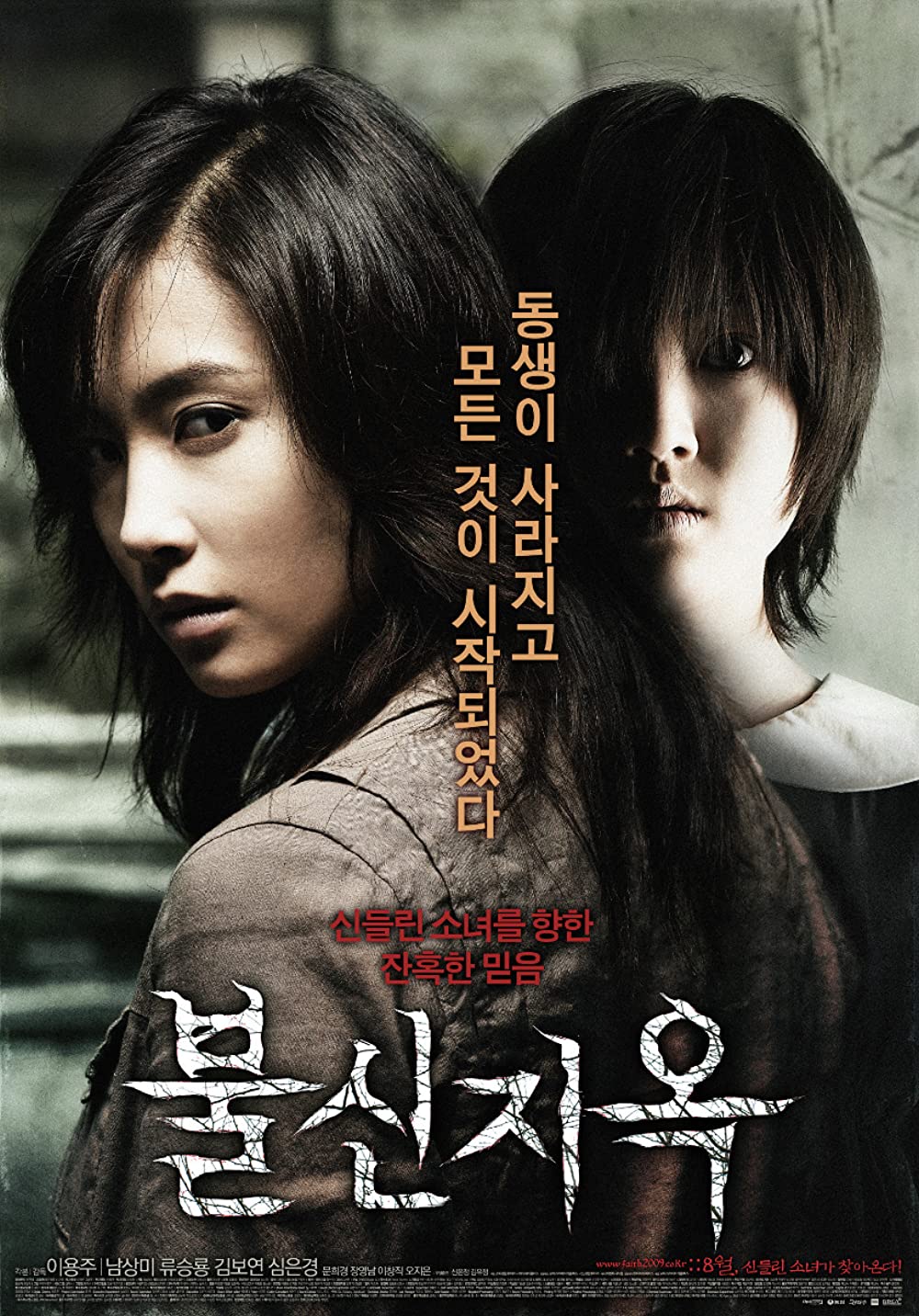 He-jin returns home when her younger sister Soo-jin disappears. He-jin is sick with worry. Soo-jin never fully recovered mentally from the car crash that killed their father. But their fanatically religious mother doesn’t even call the police. All she does is pray to God. When He-jin seeks help from a police inspector, the man flatly tells her that this is just a typical case of a teenage runaway. Soo-jin will come home by herself. But when people in their apartment building start committing suicide and leave behind sorry notes addressed to Soo-jin, the case takes on a dark and macabre turn. The inspector and He-jin discover that Soo-jin had special gifts, like prayer healing and fortune telling. Their mother thinks she’s a messenger from God, but others believe she’s possessed by an evil spirit. If you think that Possessed is going to be just another Asian ghost movie with a vengeful, longhaired female ghost, you couldn’t be further from the truth. The first feature film of Yong-joo Lee is a lot more intelligent, ambitious and scary than the numerous The Ring and The Grudge clones that washed over us in recent years. Lee focuses on how the different characters react to supernatural phenomena and gives the audience time to think about what happens in stead of going for the traditional shock & scare bombardment. Possessed is a strong and promising debut from a director who will continue to surprise us in the years to come.