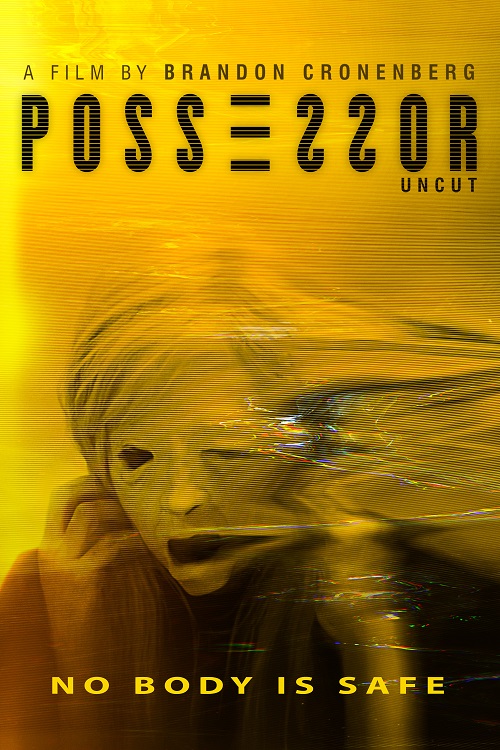 Brandon Cronenberg’s second offering, after his relentlessly bleak debut feature ANTIVIRAL (BIFFF 2013), gives us another glimpse of what growing up with a dad like David Cronenberg must’ve felt like; probably with a strict minimum of watching movies starring Robin Williams. It’s the near future. Tasya Vos is on the brink of a burnout, what with her demanding job taking its toll on her family life. What kind of job, you ask? Infiltrating in the mind and body of a target person to assassinate someone in his or her close circle. As soon as the deed is done, she exits her host by committing suicide. This reset button leaves no trace to the shady organization that Tasya works for. Even though the horrible imagines of her last mission keep lingering in her mind, she accept a new job: possessing Colin to get to his billionaire scumbag father-in-law, John Parse (Sean Bean, preparing for yet another classic Sean Bean death scene). But Colin fights back against the intruder and Tasya is no longer fully in control… Cronenberg Jr. ups the ante with this high-concept sci-fi body horror in which it is no longer INVASION OF THE BODY SNATCHERS-like aliens that threaten to take over our minds, but humankind that parasites itself with the help of technological follies. Starring a schizo performance by Andrea Riseborough (MANDY) as Tasya and with Chrisopher Abbott (IT COMES AT NIGHT) as Colin and Jennifer Jason Leigh (THE HATEFUL EIGHT) as Tasya’s sociopath superior Girder.