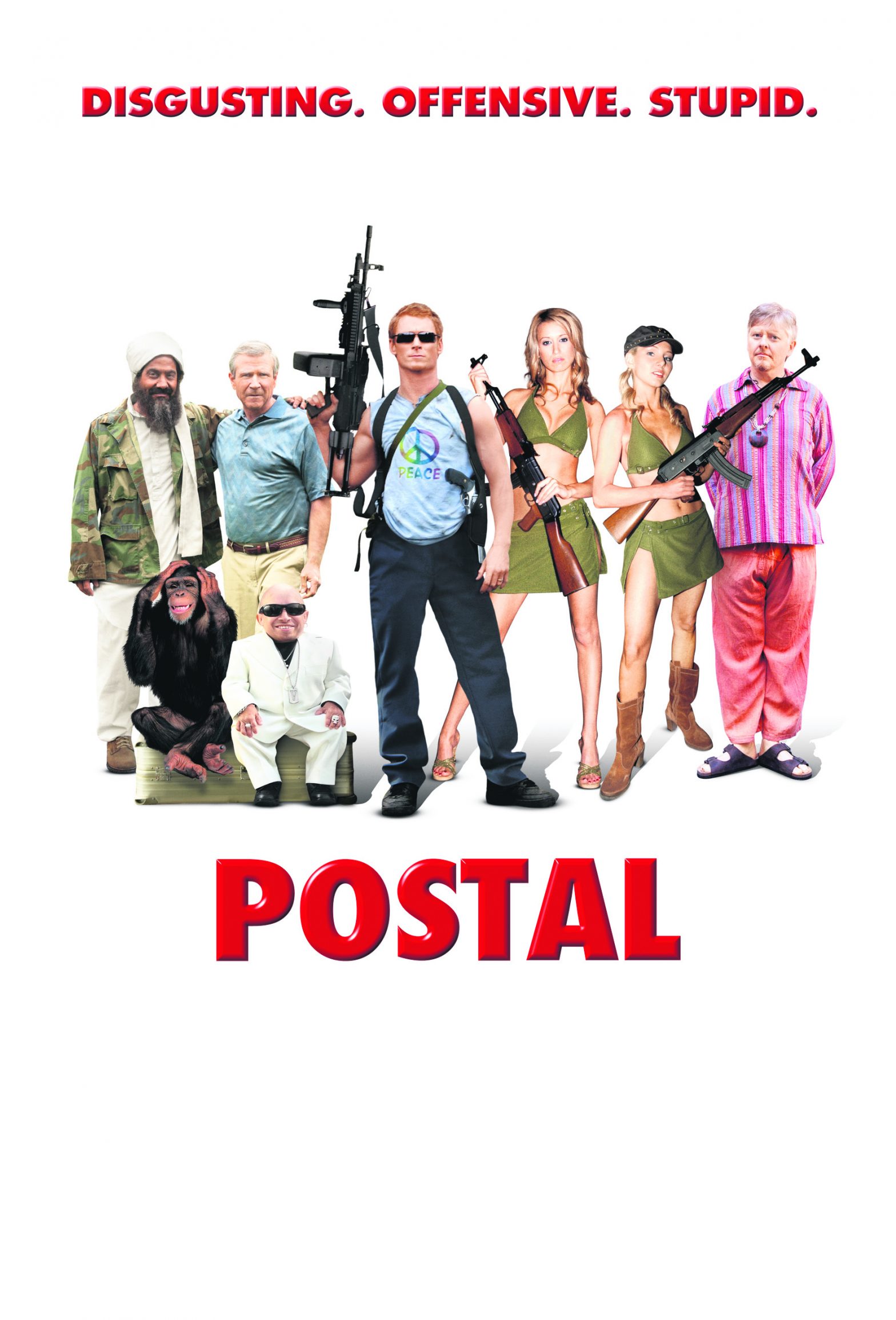 The small town of Paradise, USA. The Dude is a twenty-something trailer park dweller laid off from a factory job and trying to find work while living off welfare with his grotesquely obese and chronically unfaithful wife. Just outside of Paradise lives his uncle Dave, the con man leader of a fake religious cult. Unknown to his faithful followers, uncle Dave hasn’t been paying his taxes and his private little kingdom is now in danger of being shut down. Following an absurdly demeaning job interview and a trip to the welfare office gone horribly and hysterically wrong, our hero agrees to help uncle Dave on a scam to clear his financial sheet. At the same time, Osama Bin Laden and his core of Al Quaeda members are hiding in Paradise. They’re preparing an attack even more devastating than 9/11 and the key to their plan involves the same essential ingredient as that of uncle Dave’s. Postal might be based on a video game, but this is certainly not your typical Uwe Boll film. Postal is one of the most vulgar and offensive comedies ever put to celluloid, a crudely uproarious, positively hilarious satire of post 9/11 America, religious extremism, conspiracy theories and much, much more. Besides offending and entertaining its audience, the movie also features some pointed and accurate moments of social satire. Nothing is too sacred or to crude for Boll, who also mercilessly puts himself through the mangler. Postal, the mutant offspring of the Farrelly Brothers, South Park and Troma, is a manic, tasteless comedy, which alone for its opening and closing scene, will never be released anywhere in the US of A.