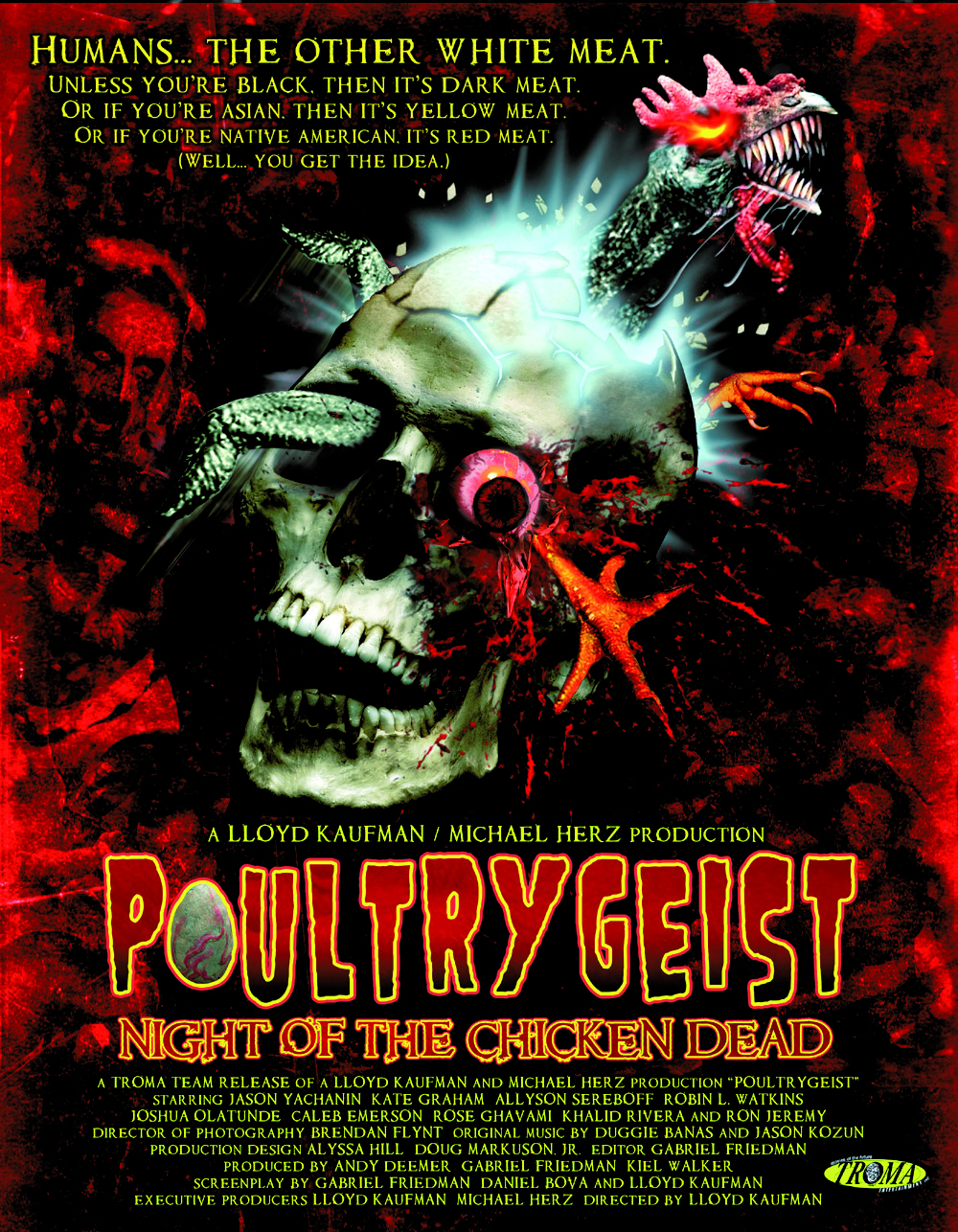 POULTRYGEIST: NIGHT OF THE CHICKEN DEAD

When dim-witted Arbie returns to the spot of his first and only romantic encounter with his high school sweetheart, the Ancient Tromahawk Tribe Indian Burial Ground, he is shocked to discover that the graveyard has been bulldozed to make room for an American Chicken Bunker fast food restaurant. Even worse, his girlfriend Wendy has been transformed into a left-wing, lipstick-lesbian liberal, spending her free time protesting the corporate takeover of America. Reeling from heartbreak and a brutal beating from Micki, Wendy’s new activist girlfriend, Arbie channels his spite into applying for a job at the very restaurant they’re protesting against. But something else is feeling wronged by all the construction and commotion; something not human. It’s been a while, but once again it’s Troma time, boys and girls. Poultrygeist : Night of the Chicken Dead is a full frontal, no holds barred attack on America’s fast food industry. Written by a fast-food employee, produced with the support of animal rights organizations, and shot almost entirely through volunteer effort, Poultrygeist is true grassroots guerrilla-style filmmaking. No stone remains unturned, as the movie also takes on America’s cruel fascination with its own military might, rampant anti-Muslim racism and today’s skewed and confused gender politics. Brace yourself for the first chicken-zombie-horror-comedy.