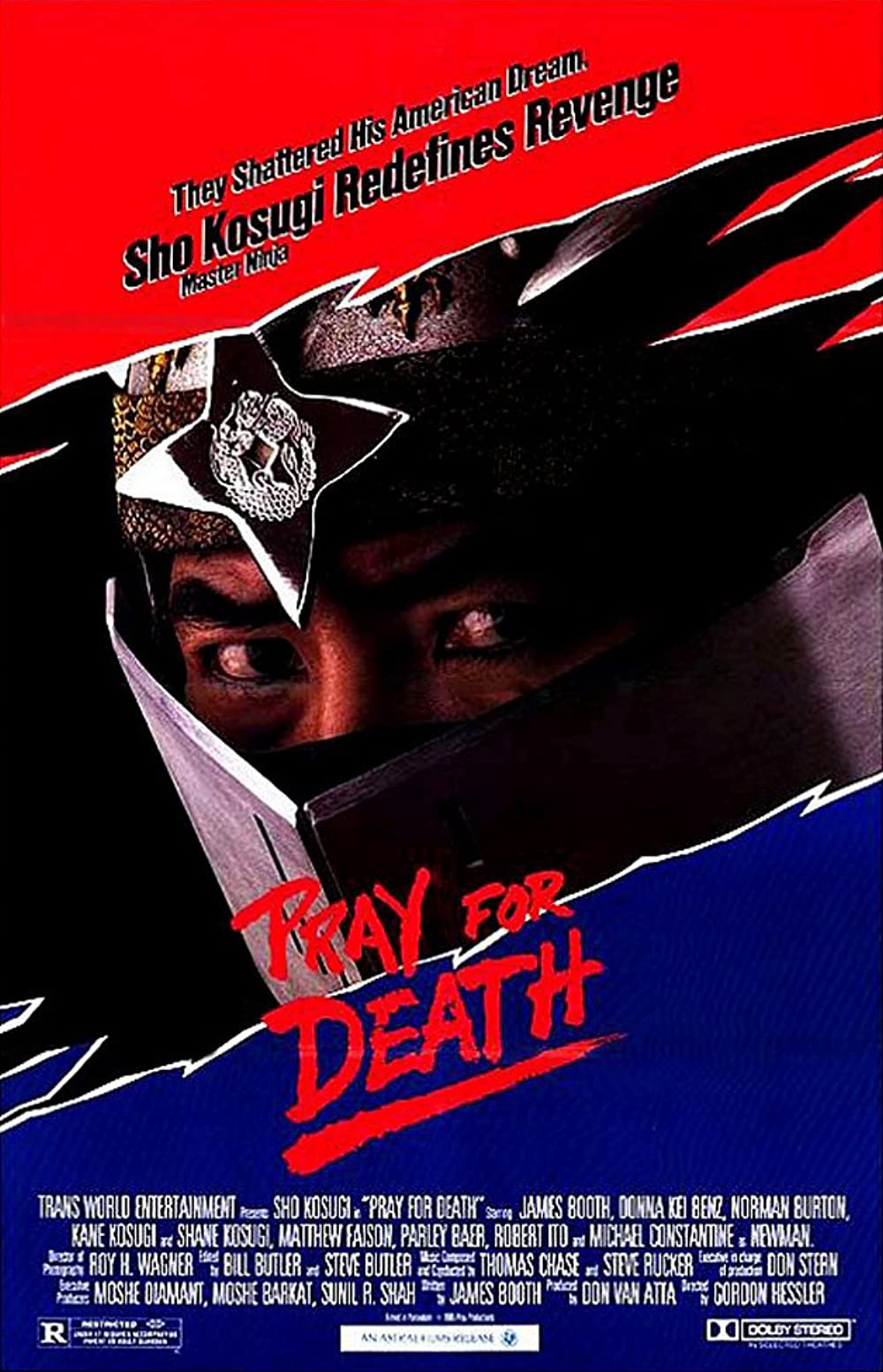 A small Japanese family leaves the peaceful beauty of its island to get settles in the United States and make a fortune. Given that the family is not accustomed to the crime that thrives abundantly in this new world, they are soon the prey to dubious drug dealers and corrupt politicians. The scum spoils the life of the family in such a way that the quiet and patient father feels an obligation to strike back… And weak are his opponents, because in this kind-hearted hero slumbers a Ninja. He is one of the last descendants of the notorious ancestors of cruel and invincible warriors that made Japan so powerful. His attackers will be sorry to have ever been born and will beg to die…
Pray for Death is at the very least another kung-fu-vehicle. This film by Gordon Hessler (The Golden Voyage of Simbad) in which the tension during the last minutes is driven up to unbearable heights, is neither cheap or over the top. Sho Kosugi incarnates the father. His play and his control over the martial arts are so convincing that he will forever be the Ninja to us.