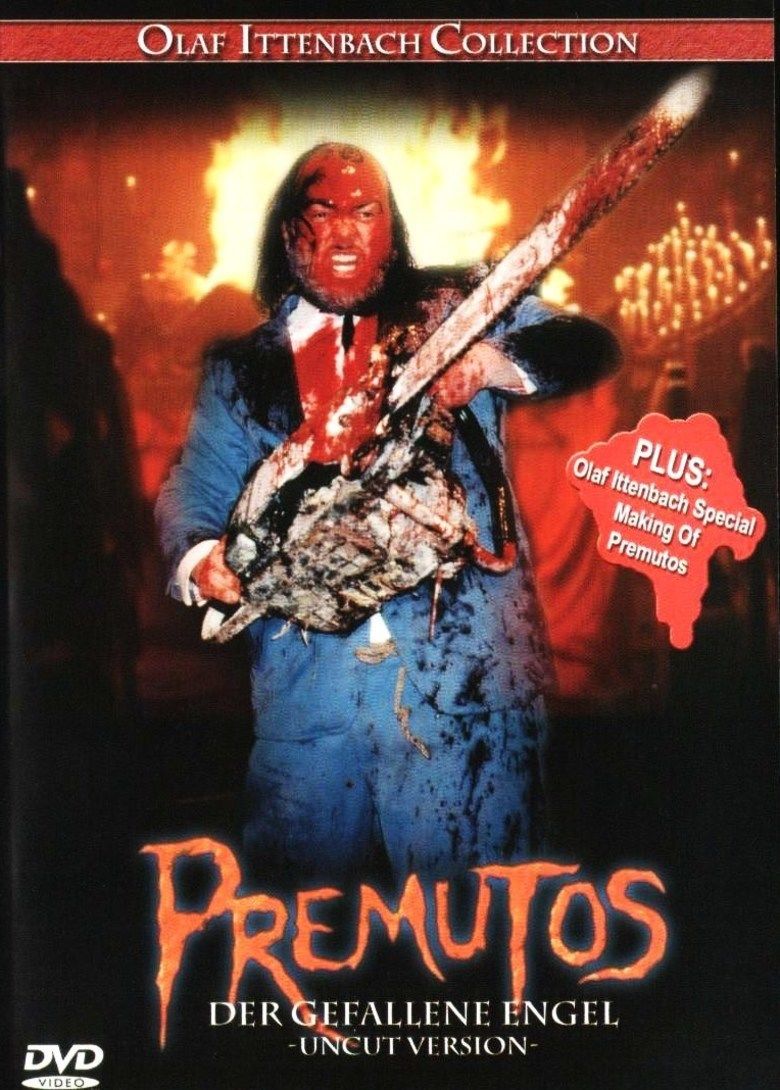 Once upon a time Premutos was the ruler of the dead. This demon had invented a miraculous yellow liquid that was able to reanimate dead flesh. In the year of our lord 1231 Premutos made his bid for world domination by commanding an army of zombies against the living. Luckily for us, a courageous warrior manged to kill the evil one before he could carry out his plans. The legend of Premutos was written down by an alchemist, but over the ages his book and the tales of the Lord of the Dead became forgotten by history. Now there is only one copy left of this anti-bible. It was buried by a satanic farmer in 1942 in a place that is now Walter’s garden. Walter’s a weapon’s freak who’s about to celebrate his birthday. For this ocassion, he has invited some eccentric guests. There is Hugo, a surpressed weakling and his intrusive wife Edith. Also present are Tanya, a shy girl who used to be Hugo’s big love, and Christian, a sunny boy from South Africa with a weakness for alcohol. Then there are Walter’s stephchildren. Rosina is into kinky sex and the moronic Mathias has been plagued recently by disurbing visions of blood and zombies. Walter always plants a new tree on his birthday, but this time he digs up a suitcase. It contains the Book of Premutos and several small bottles filled with the yellow liquid, buried by the farmer 55 years ago.
In 1990 18-year old Olaf Ittenbach, together with director of photography and co-producer Michael Müller, made a videomovie called Black Past. Both made the film for themselves and never thought that it would interest the general public. But when a well known fanzine heard about the movie and gave it some rave reviews Olaf and Michael suddenly had money to make anoher movie. The result, the splatter-feast The Burning Moon (1992), was banned by the German authorities for showing too much graphical violence. Having to pay fines, Olaf and his crew had to lay low for awhile, but with some small contracts for television, they managed to raise the money for their first theatrical release. The horror-comedy Premutos : The Fallen Angel (1997) is a gigantic overdose of hacked off limbs and free flowing blood. German gore at its best. Do not forget to bring your barf-bags !