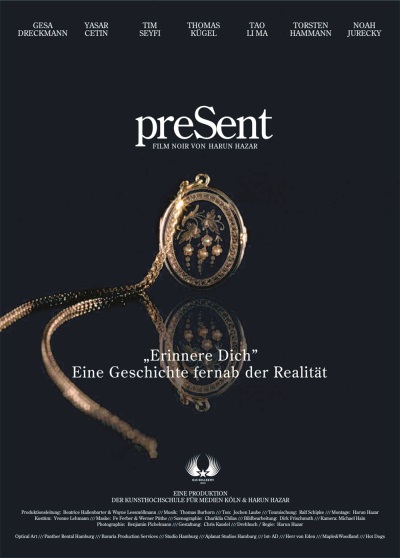 As a student, Tim was madly in love with Maruzzella. But she was the daughter of a gangster. One day, a hitman kills her father and kidnaps the young couple. Tim is tortured, but manages to escape, having to leave Maruzzella behind. She ends up loosing her memory and is brainwashed by the assassin into believing that he’s her saviour. The man marries Maruzzella and trains her to become a professional killer. Now, ten years later, while carrying out a mission, Maruzzella and Tim cross paths again. Harun Hazar graduated with honours from the Cologne Academy of Media Arts with his endwork Present. The movie is a continuation of his short film Gift, which already told a part of the story. Hazar has realised a remarkable homage to film noir. All the elements are there; the femme fatale, the trapped man and the menacing atmosphere, but he takes the movie to a fantastic level where dream and reality intertwine.