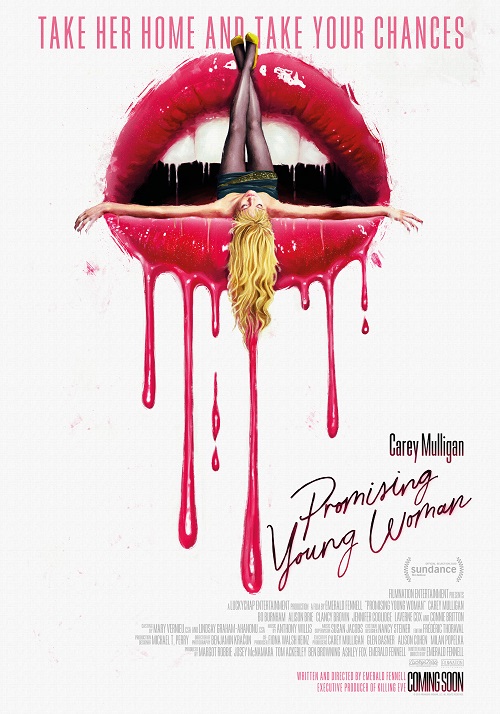 A sexy blonde is lying draped over a couch in a club, obviously too drunk to give a fuck. Luckily, there’s always a nice guy willing to help. He gallantly proposes to accompany her to where she lives. The Uber happens to pass by his flat. Wouldn’t she like to come upstairs for just one little drink for the road? And his hand on her thigh? Who could resist such beauty? Our blonde is called Cassie and you need to know two things about her. She’s anything but drunk and she really really really hates nice guys. PROMISING YOUNG WOMAN had its world premiere at the Sundance Festival and hit like a bombshell with the critics and the audience. This is one juicy piece of revenge porn for the #MeToo age, thought-provoking, controversial and with a shocking and unexpected climax. Obviously we can’t tell much about the story, but know that this feature debut by actress and writer Emerald Farrell (produced by Margot Robbie!) will lead to many heated discussions and will keep you flabbergasted in your seats.