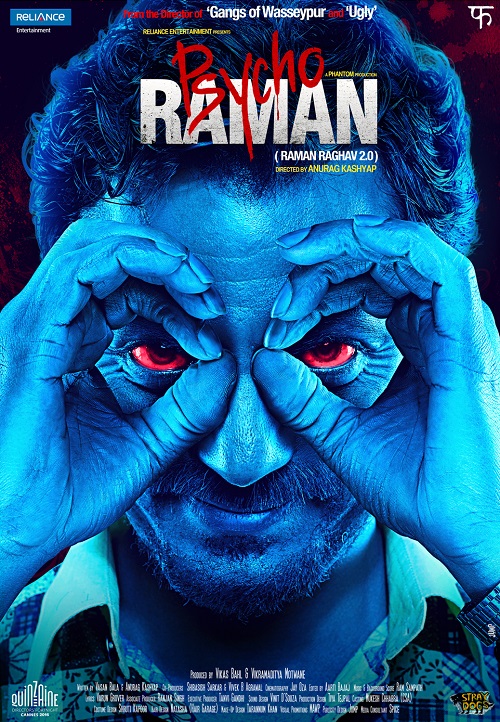 With his cirrhosis stained eyes and his deep scars, Raman looks
like a birth control commercial. Not happy enough with being as ugly
as a warthog, Raman is a particularly odious serial killer. The reason
for killing human beings ? Because it’s fun ! Raman is not even worried
about the police, who are busy looking for a gentleman with a
god complex instead of a homeless hobo. But Raman’s bored and he
wants to spice up things a bit. This brings him to Raghav, a cocaine
addicted cop with no scruples or morals. It doesn’t matter that he’s
trying to get him into prison, because there’s a sign that does not
deceive: their two first names glued together form the surname of
Mumbai’s biggest serial killer…
In the space of just a few films (Gangs of Wasseypur, Ugly to name
but a few), Anurag Kashyap has become an essential Indian director.
We couldn’t pass on his latest film. Psycho Raman, visually and
psychologically challenging, is a real shock without compromise!