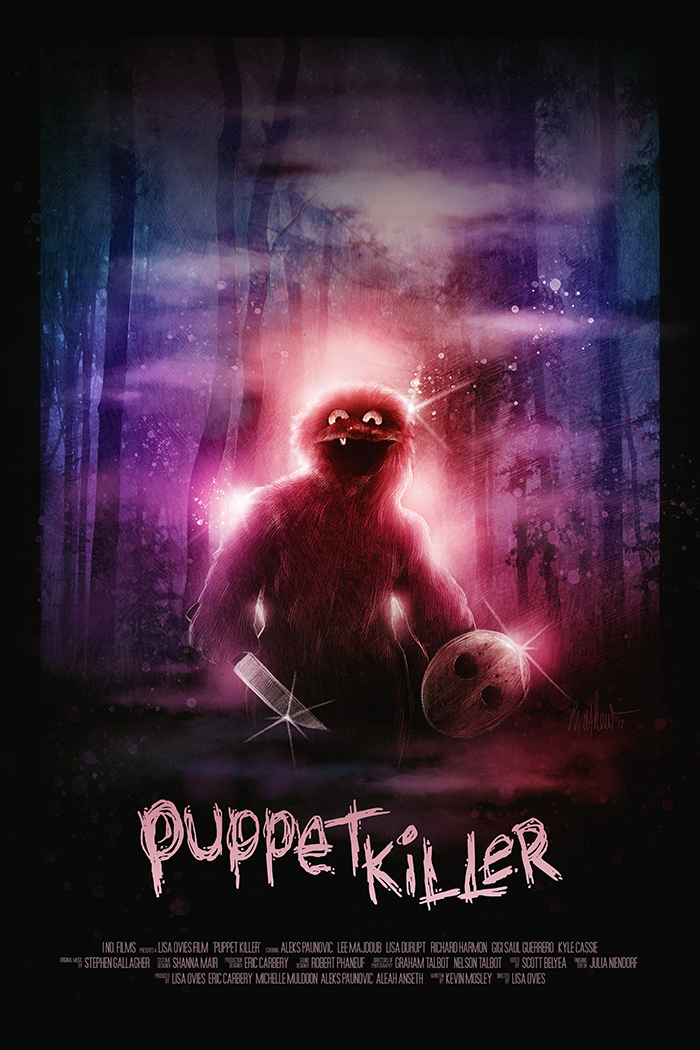 A puppet killer, ay? At first sight this might look like the usual hackneyed horror fare, and in a way it is but don’t be fooled! Sure, there’s the usual group of teenagers that get together in a Cabin in the Woods just get slaughtered one by one… Except, these ‘teenagers’ are played by… 50-year-olds? That’s just one of the many wacky winks to classic 80’s slashers, a genre Lisa Ovies loves and loves to turn on its head. The result? Christmas with the Muppets in the cabin of EVIL DEAD! Killer Muppet Simon used to be the favorite doll of Jamie, until he got to high school and preferred to hang out with his new buddies. Simon is no Woody or Buzz Lightyear: he doesn’t try to win back the heart of his best pal, but rather wants to wreak havoc on those new friends of his. When Jamie invites his friends to his family cabin for Christmas, Simon strikes! He proves to be a worthy successor of Chuckie, with one difference: after years of watching horror movies on TV next to Jamie, he’s become quite the film connoisseur. And those classic murder scenes inspire him for his own chopping skills, eh kills, eh skills. Unique!