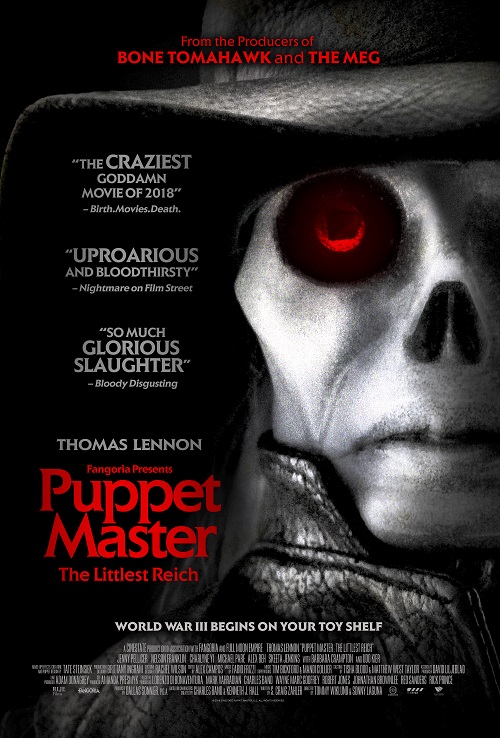 Puppets, Nazis, massacre. Comic book creator Edgar moves back in with his parents after a messy divorce and finds a creepy puppet in the room of his brother, who died under mysterious circumstances. He discovers that the toy was created by infamous puppet master and Nazi Andre Toulon and that it’s worth quite a lot. Together with his new girlfriend and his best friend/boss, Edgar goes to a hotel close to the auction of the collection and Toulon’s home. Obviously, these aren’t just innocent toys. When night falls, the lifeless figures transform into bloodthirsty machines that apparently are opting for a second Holocaust. The victims aren’t granted a soft and fast death. The longer and the more painful, the better… The PUPPET MASTER series has practically kicked off a genre in and of itself. This last addition to the collection is certainly not one too many! S. Craig Zahler, present at 2012’s BIFFF with THE INCIDENT, is the mastermind behind the bloody script and the gory scenes. With supporting roles for veterans Barbara Crampton and Udo Kier, there are some Easter eggs hidden for the real fans. Oh yeah, for those who aren’t familiar with the franchise: think gore, rogue puppets, and the most disgusting ways to kill someone.