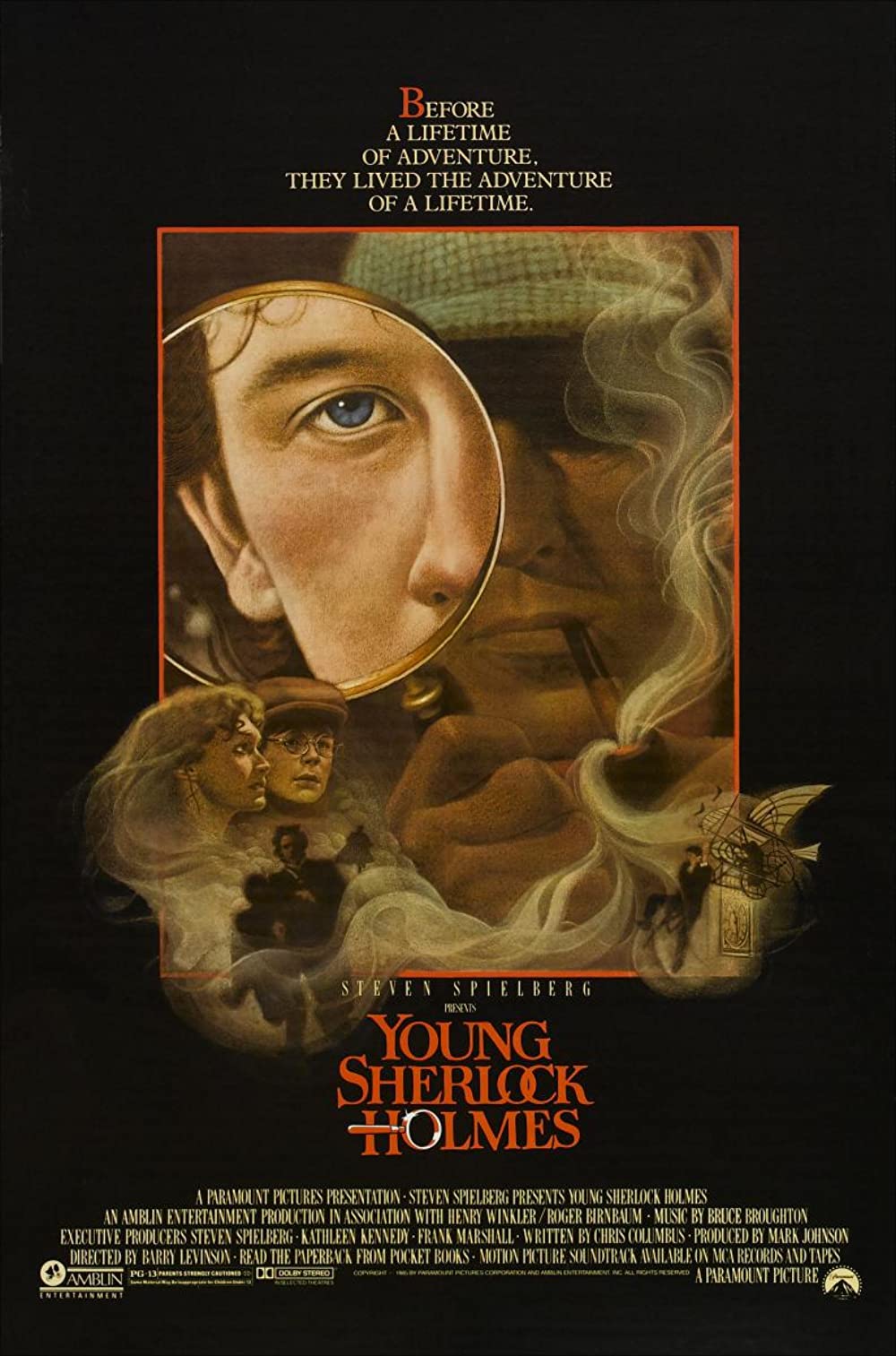 Sir Arthur Conan Doyle, the honourable Victorian creator of Sherlock Holmes, had turned his snooping detective-hero into a cold ascetic, mathematically speaking and arrogant man, a lonely misogynist who is only accompanied by his loyal (and dumb) acolyte Dr. Watson. Basil Rathbone and Nigel Bruce made these two picturesque figures immortal in the classic black and white cinema whilst Peter Cushing and Douglas Wilmer immortalised Doyle’s creations for the BBC-TV. Even Billy Wilder kept himself busy with the distinguished inhabitant of 221B Baker Street and this in the parody tribute ‘The private life of Sherlock Holmes’ with Robert Stephens as the detective. Last but not least Nicolas Meyer brought Sherlock Holmes and Sigmund Freud together in ‘The Seven Percent Solution’. The famous pair discusses the youth of the grand detective and reaches disturbing findings.
The screenplay of this delicious pastiche is by Chris Colombus (Spielberg’s house screenwriter of teenage shenanigans) who has already created the Gremlins and The Goonies. Nicolas Rowe and Anthony Higgins take on the main roles.


Notice: Trying to access array offset on value of type bool in /srv/datadisk01/www/wiki/wp-content/themes/twentytwentyone/inc/template-functions.php on line 432