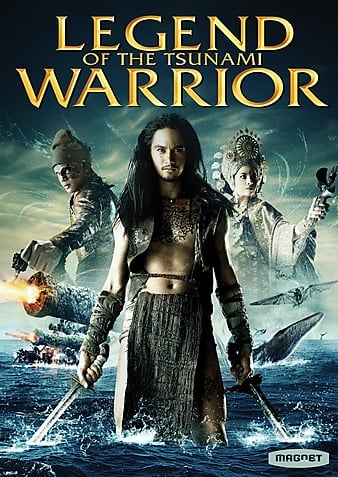 It is not easy to be a Queen. You have to face attempts of takeovers instigated by nasty rebels and ugly pirates, masters of martial art and black magicians. Black Raven, the pirate in question, is fixated on salvaging two big cannons from the bottom of the sea. But Queen Hijau doesn’t seem to agree and sends her two daughters to a remote fishing village to find the cannon’s inventor, with the pirates hot on their heels. Fortunately, one of the villagers is Pari, a young hero schooled in the arts of Dulum, the magic to control the creatures of the ocean. He has a grudge to settle with the pirates and is ready to do those beautiful princesses a favour. Queens of Langkasuka is the most expensive Thai film ever made and it oozes from every image. The sumptuous production design, the magnificent costumes and the dazzling action fill up the screen from start to finish. The film has the same nostalgic charm of classics such as Sinbad the Sailor and director Nonzee Nimibutr ( Nang Nak ) manages to keep everything nicely under control. Sorcery and sword fights, fairytale romance, beautiful underwater photography and epic battles are the essential ingredients for two entertaining hours of magic and fantasy.